Skip to content
Home>Featured>JazzFest Returns, June 24-25 in Mears Park and Beyond!

Emmet Cohen Trio with Bruce Harris (trumpet). Pianist Emmet Cohen has quickly become a Twin Cities favorite, performing frequently over the past five years at club venues and Jazz Fest, most recently last September at the fall edition of the festival in Mears Park, bringing in his trio along with rising star saxophonist Patrick Bartley. Now he will return with eclectic trumpeter Bruce Harris. Cohen won the Cole Porter competition, has released a stunning series of albums with jazz legends, and was perhaps the most prolific zoom artist during the pandemic, broadcasting live from his apartment every Monday night for the past two years, with his trio and often with celebrated guest artists. Bruce Harris sports a notable. eclectic list of collaborations including Wynton Marsalis. Lady Gaga, Rihanna, Steve Martin, Seth MacFarlane, Prairie Home Companion, Harry Connick Jr, and hip-hop artist DJ Premiere.

Matthew Whitaker.  Young pianist Matthew Whitaker was introduced to Twin Cities audiences via Jazz Fest Live, and now will be live from Mears Park for 2022 Jazz Fest. At 21, he has already enjoyed a stellar career, named the youngest ever Yamaha Artist at 15 and winning ASCAP Foundation’s Herb Alpert Young Composer Awards in 2019 and 2020.

Brandon Goldberg. This is the year for young pianists at Jazz Fest! Only 16, Brandon Goldberg has already performed at the Newport, Litchfield and Caramoor Jazz Festivals as well as the Monterey Jazz Festival with the Next Generation Jazz Orchestra and Bravo Niagara Festival of the Arts.  He has also appeared at Jazz at Lincoln Center, Dizzy’s, Birdland, The Blue Note, Mezzrow, The Apollo Theater, Keystone Korner in Baltimore and more. His first two albums as leader, released in 2019 and 2021, were both named among the top albums of the year by Downbeat. Goldberg brings a stellar band to Jazz Fest, featuring saxophonist Marcus Strickland, trumpeter Josh Evans, and drummer Aaron Kimmel. 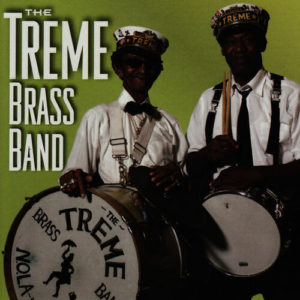 Treme Brass Band.  From the other end of the Mississippi, the sounds of New Orleans will arrive at JazzFest via the Treme Brass Band. Treme Brass Band continues the tradition of brass band music, members  wearing the standard uniform of band cap and white shirt, practicing traditional musical techniques, and participating in rituals such as the jazz funeral and second line parades.

Bruce Henry and the History of African American Music.  While living in the Twin Cities for 30 years, vocalist and educator Bruce Henry regularly sold out venues like the Dakota, was a frequent performer at Jazz Fest, and presented his “History of African American Music.” We have occasionally heard Bruce here in town since he moved back to his native Chicago about ten years ago, and now he returns to Jazz Fest as vocalist and teacher. His presentation here a few festivals ago was standing room only!

Zacc Harris Group. A popular guitarist, bandleader, educator, composer, producer and impresario in the Twin Cities for the past 15+ years, Zacc Harris has appeared at many editions of Jazz Fest, but this will be his main stage debut as leader of his acclaimed ensemble. The band has accumulated numerous accolades since the release of Small Wonders last fall.

Youth Bands. Traditionally, Jazz Fest presents the music of young musicians from Walker West Music Academy and the MacPhail Center for Music. Hear the future of jazz at Jazz Fest 2022!

kj’s hideaway.  New in some ways, traditional in others—on the site of the beloved Artists Quarter and Vieux Carre’, kj’s opened last summer and recently began hosting Steve Kenny’s “Saturday Night Jazz at kj’s hideaway” after the closing of the Black Dog. During Jazz Fest, kj’s will have an evening of multiple performances on Thursday as a “pre-festival night”, and multiple performances on Friday and Saturday culminating both days with the official Jazz Fest jam session after the main stage events have concluded each night.

More Music at Other Venues. Steve Heckler reports that with the closing of a number of venues in Lowertown and Downtown St Paul, he had to find other hosts for the “sidestage” music traditionally affiliated with JazzFest.  Stay tuned for scheduling of local music at as many as two dozen St Paul area venues!