Freed from the bonds of COVID 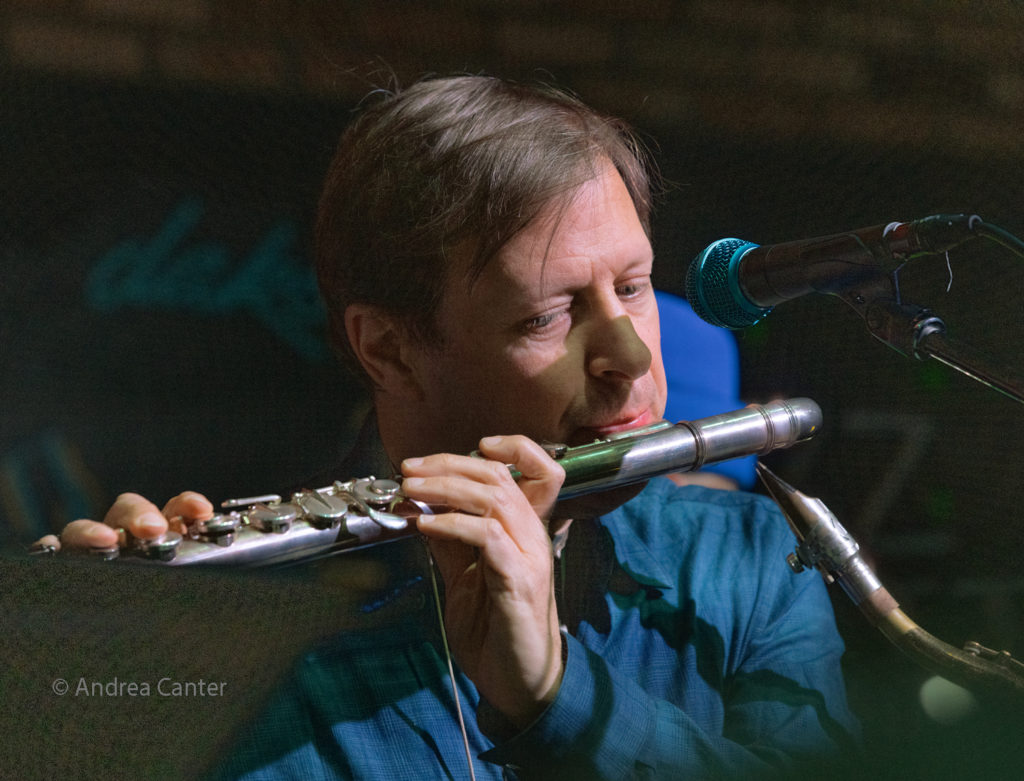 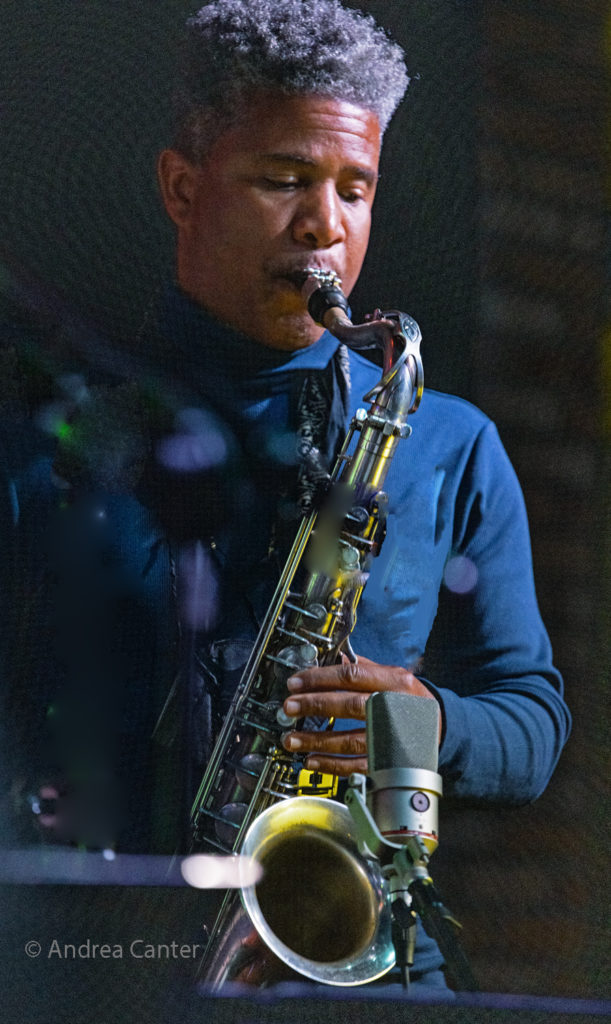 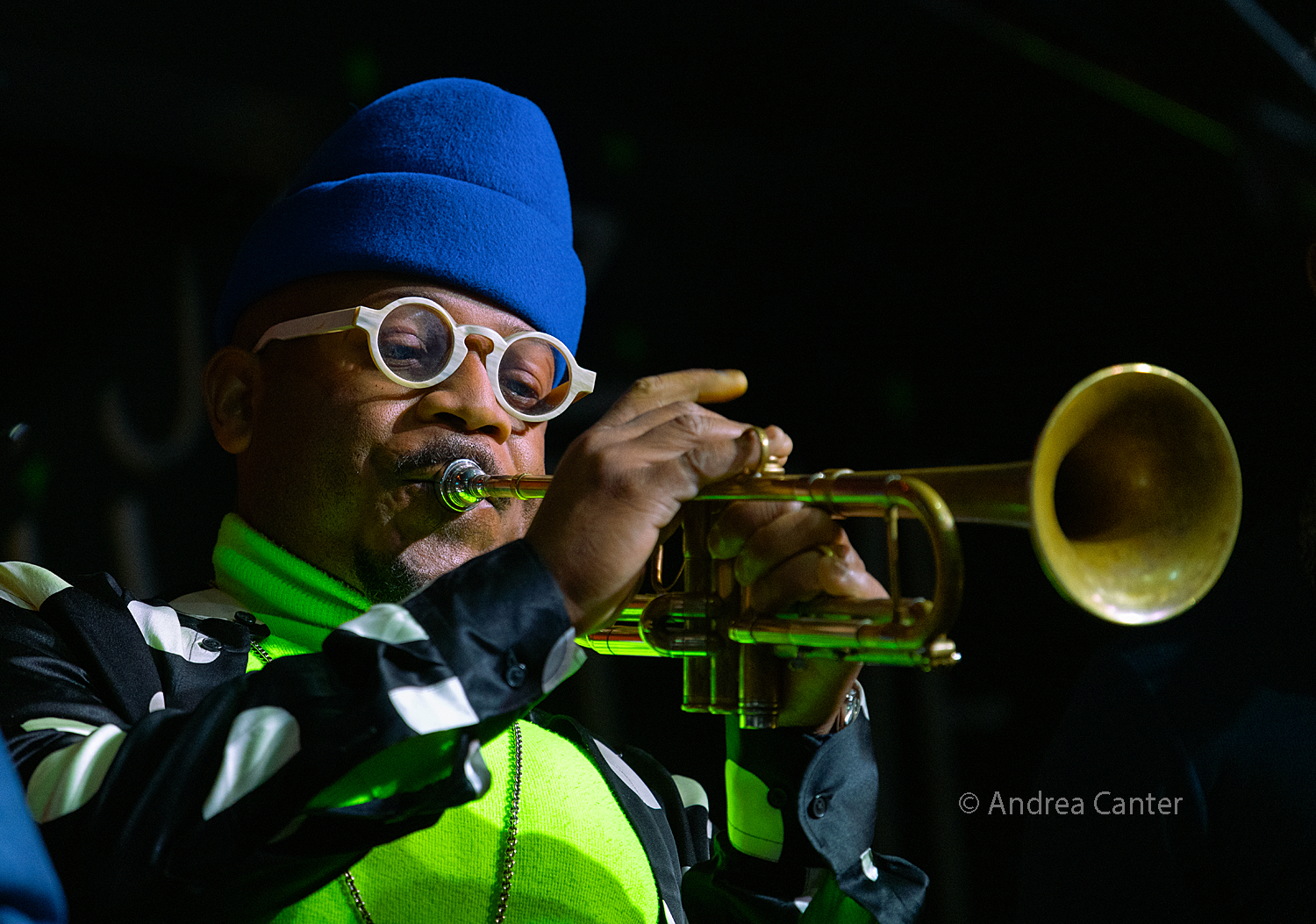 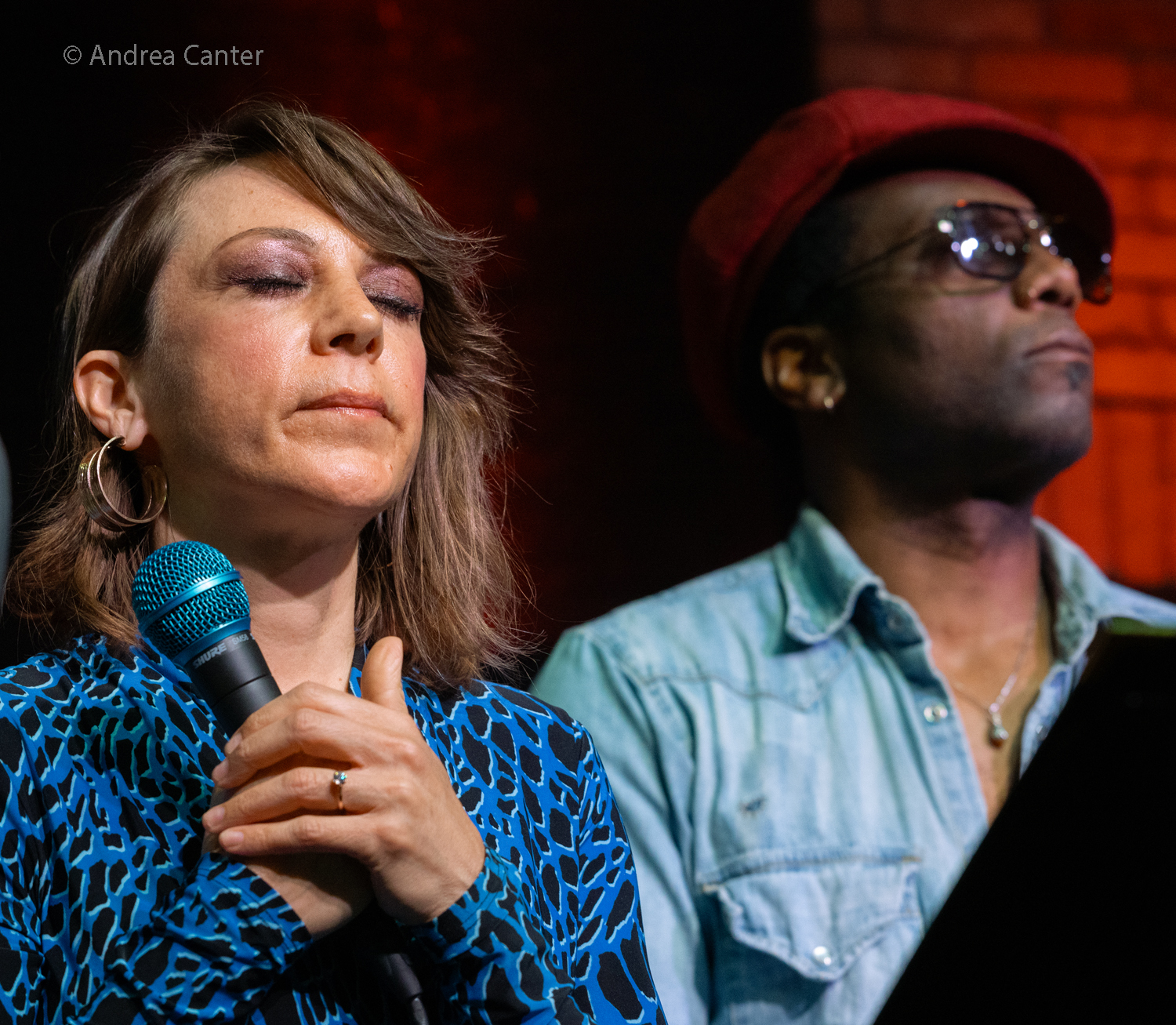 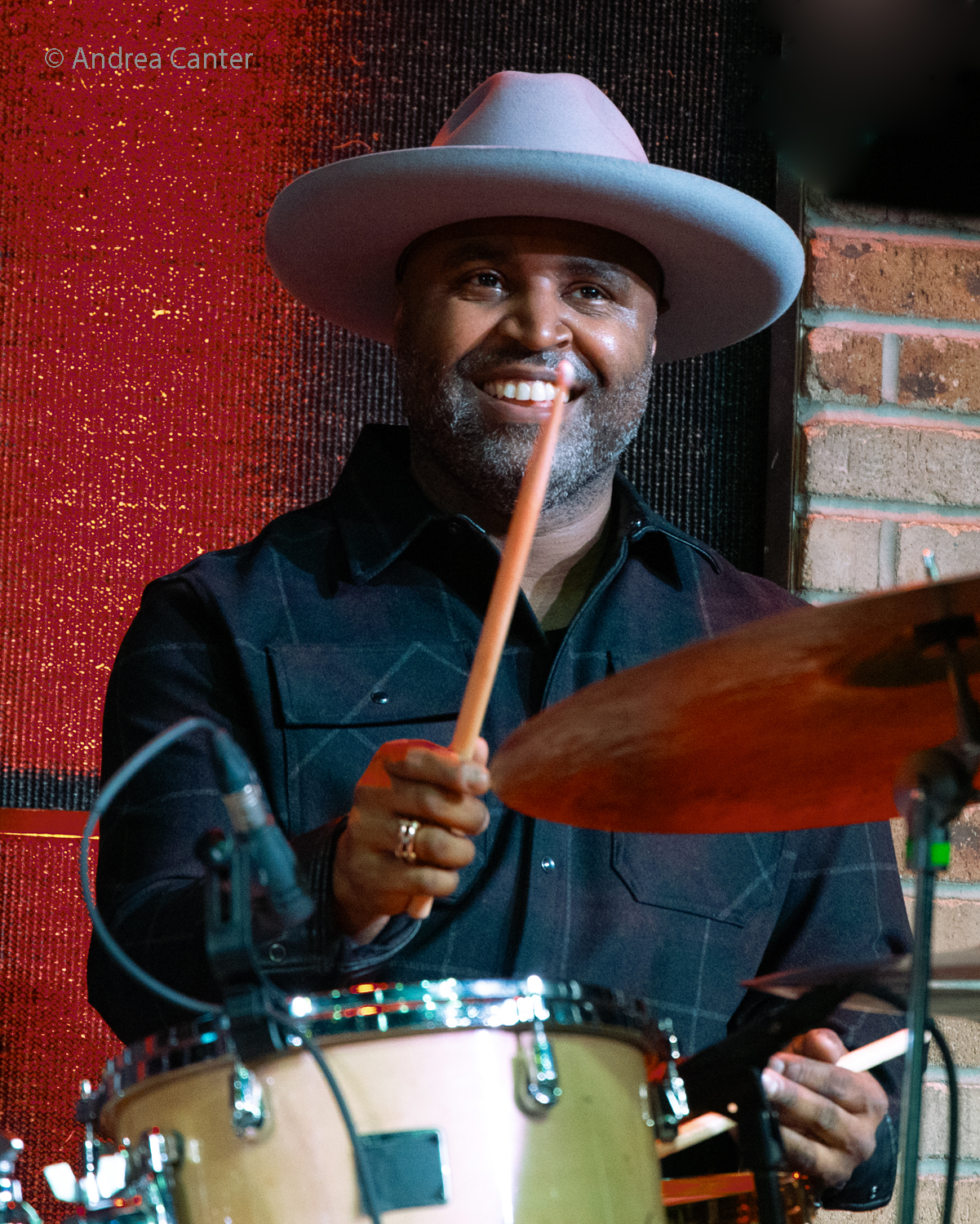 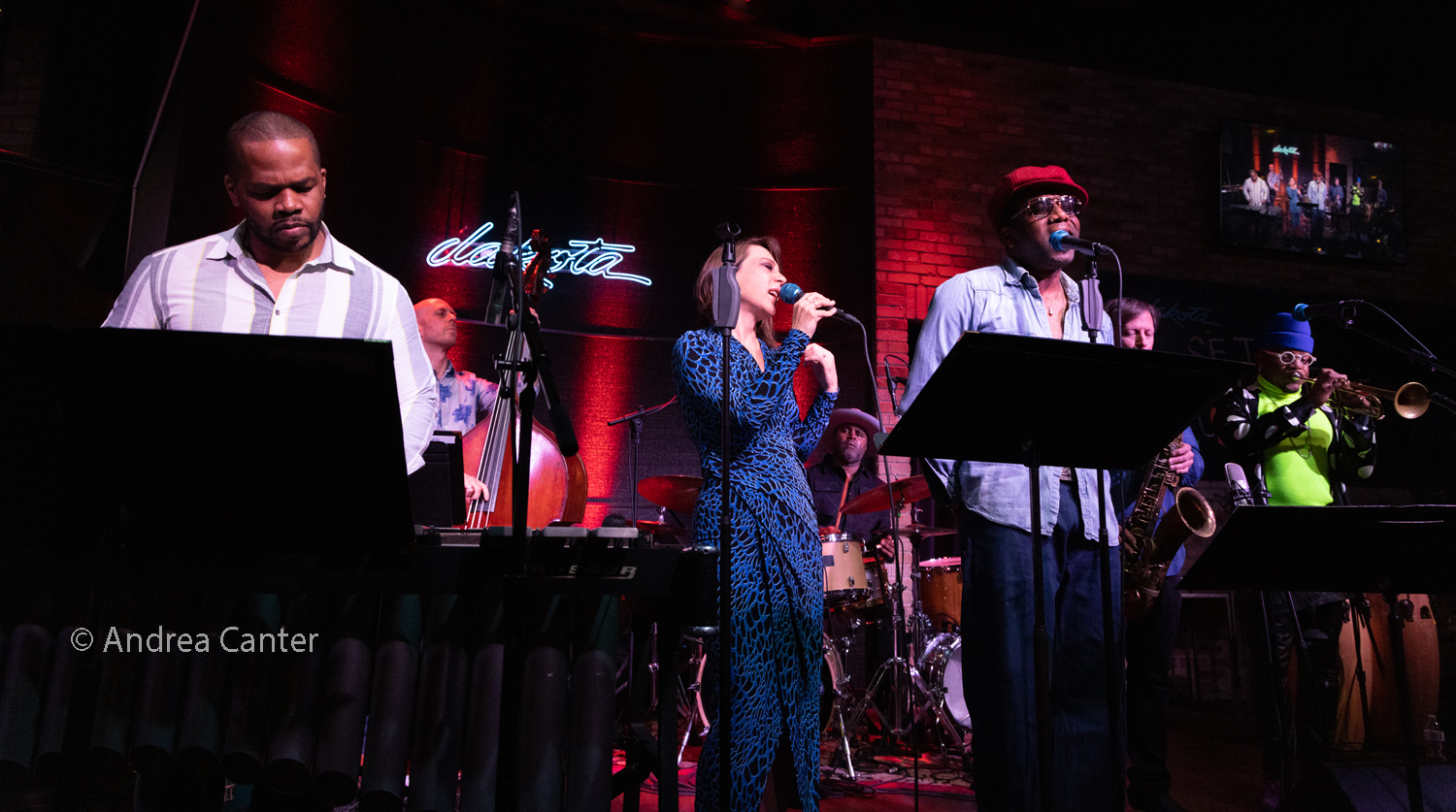 lockdown, the SFJazz Collective brought plenty of creative and performing energy with its annual (in “normal” times) visit to the Dakota jazz club in Minneapolis, on March 28th.
In its past iterations, each season of the leaderless ensemble has typically focused on the music of selected jazz and pop music icons, with re-arranged versions of familiar tunes (although each member composes at least one original tune per season for the group to perform). But, since beginning its 2021-2022 season last fall, SFJazz has been dedicated to performing new compositions by band members “inspired by and in response to the extraordinary social and global issues we have faced over the last year,” according to the group’s artistic mission statement.
A new SFJazz recording, “Reflecting the Moment,” was released on March 18 by the San Francisco-based nonprofit.
Some earlier versions of the Collective featured instrumentalists only, but the current group puts more emphasis on vocals, with two fine singers, Gretchen Parlato and and the R&B-oriented Martin Luther McCoy. Along with Parlato, new SFJazz members for this season include fat-toned saxophonist and music director Chris Potter, and Kendrick Scott, a force of nature drummer who provides a steady flow of percussive energy and support. (Last year, Kendrick won a Rising Star award from Downbeat magazine.)
The Houston-born Scott has toured and recorded with artists including Herbie Hancock, Terence Blanchard, Marcus Miller, Charles Lloyd, Wayne Shorter, The Crusaders, Joshua Redman, Robert Glasper, Kurt Rosenwinkel, Dianne Reeves, Kurt Elling, Parlato, and the Blue Note All-Stars.
The more than the sum-of-its-parts ensemble also includes saxophonist David Sanchez, trumpeter Etienne Charles, vibraphonist Warren Wolf – who led his own combo at the Dakota a few weeks ago – pianist Edward Simon and bassist Matt Brewer. This group also has a more international flavor than some earlier versions of SFJazz, with members from Trinidad (Charles), Venezuela (Simon) and Puerto Rico (Sanchez).
Monday night’s late show opened with “Vicissitude,” a composition by Wolf, featuring Parlato’s ethereal vocalizing. The piece opened with a musical dialogue between Wolf and Simon, who played a series of intertwining lines, gradually building in complexity. When it shifted into a faster tempo, the three-piece horn section of Potter, Sanchez and Charles provided some forceful momentum.
Vibraphonist Wolf was playing his part with only two mallets, but compensated with the blinding speed of his hands. Potter and Wolf traded some crisp, four- and eight-bar tunes. Brewer provided some thump with his electric bass, before he switched to upright for the next tune.
Brewer kicked that one off with an elaborate, adventurous bass intro, before Parlato came in on vocals. Potter — whose command of his instrument(s) is equal to anyone in current jazz — doubled her vocal line on tenor sax, and Charles fattened the pulse with some conga beats.
The only cover tune of the set was a revamp of Marvin Gaye’s Vietnam-era anthem “What’s Goin’ On,” arranged by Charles, with McCoy on soaring falsetto vocals. Sanchez drew applause with his punchy tenor sax solo. The five-time Grammy nominee has recorded nine albums as a leader and won a Latin Grammy award for his 2004 orchestral session, “Coral.”
The three horn players embellished the piece by serving as a call-and-response chorus answering McCoy’s singing.
The set also featured one original composition by Sanchez, titled “Ay Bendito,” after a common Puerto Rican phrase. Scott kept the Latin groove pulsating with his driving polyrhythms and a thundering solo, with an extended piano solo by Simon. The longest-standing member of the group (since 2010), Simon has released 15 albums as a frontman, on various labels.
Later in the set, Parlato also sang one of her own originals, “All There Inside” an uplifting piece that featured both vocalists and Simon on electric keyboard. The well-arranged number sounded suitable for pop radio play.
Considered one of the most inventive vocalists of her generation, Los Angeles native Parlato won the Thelonious Monk Institute of Jazz Performance’s International Vocals Competition in 2004.
That was followed by McCoy’s soul-baring, original lament, “Already Died for her.”
Originally famous for his work with Questlove’s group The Roots, singer, songwriter, and San Francisco-native McCoy favors a blend of R&B, funk, rock and old school soul music.
Another composition featured on the group’s new recording played Tuesday night was a somber, minor-key piece written by pianist Simon, “8’46,” in memory of the late George Floyd, with Potter providing bluesy bass clarinet textures.