It’s one of the musical questions hanging on the collaboration that has created one of improvised music’s newest and most potent duos: Olympic gold medal-caliber vocal gymnast Kurt Elling and Charlie Hunter, the mad scientist of the seven- and eight-string guitar/bass.

In fact, Elling mentioned in between songs at His and Hunter’s June 22 Dakota jazz club gig, one of the early-set audience members had asked that bassic question. The answer is always the same: the bass player is sitting in Hunter’s chair, since he’s long been known for filling both guitar and bass roles at once, using a succession of innovative electric instruments. 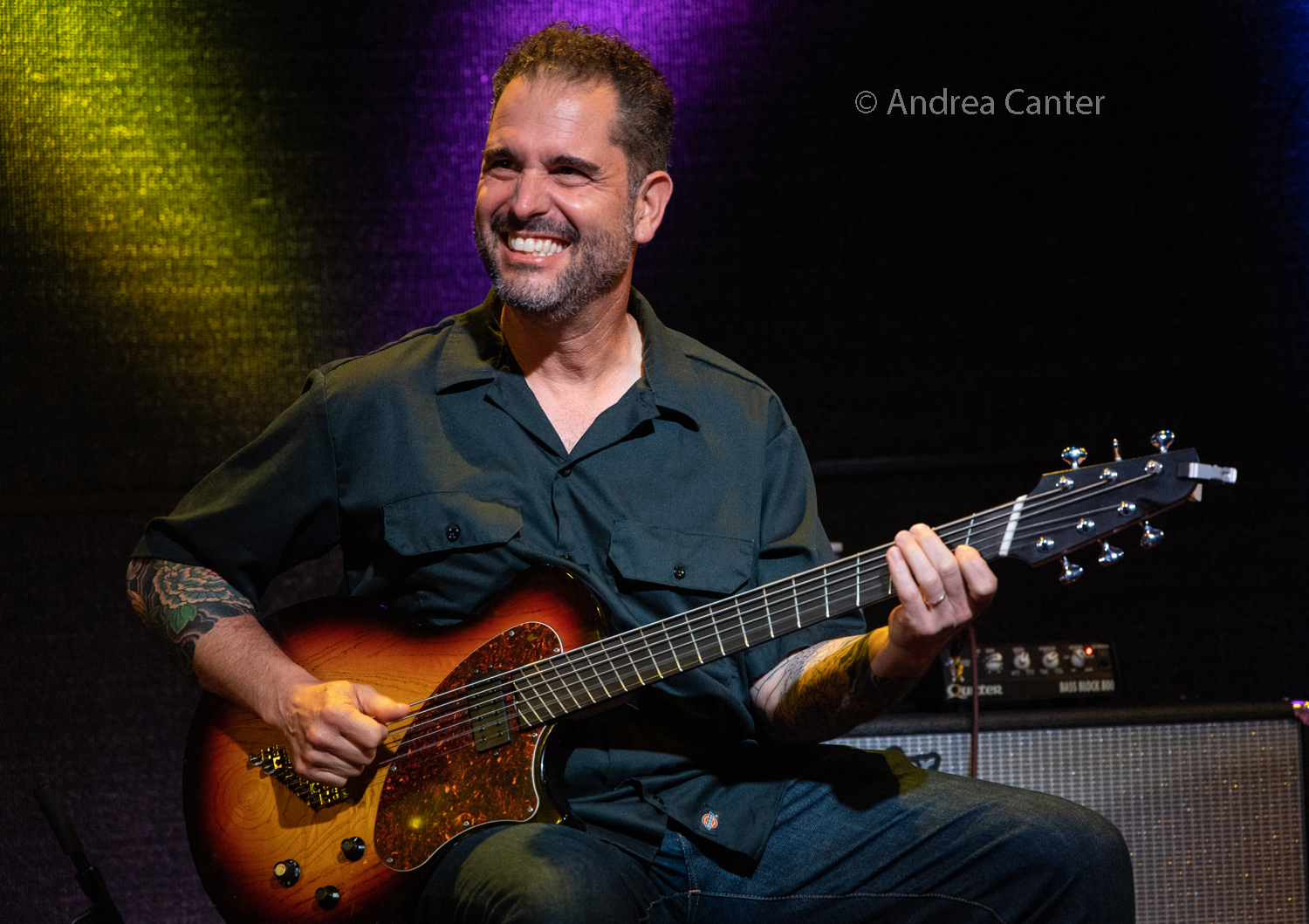 While recording and touring together under the band brand SuperBlue is relatively new for Elling and Hunter, their musical relationships goes back more than 20 years to Elling’s vocal guest spot on Hunter’s under-appreciated 2001 release, “Songs from the Analog Playground” (Blue Note Records). 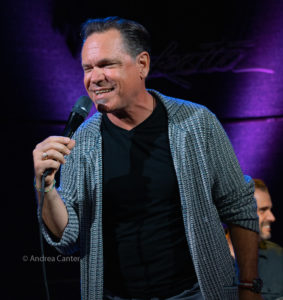 The project emerged out of the pandemic doldrums of 2020, when Elling’s management contacted Hunter about making a record. (Elling and Hunter had imperviously recorded some Instagram videos together.) Hunter said he knew the right band for the project and contacted his friend Fonville, who was a fan of Elling’s work but had never met him.

Both have styles that are clearly self-forged, achieving the jazz imperative of developing a signature individual sound. Its a more than the sum of the parts project, not that Hunter and Elling aren’t two of the more adventurous, tightrope-walking jazz trailblazers of the past couple decades.

Collaborating with musicians from other musical “circles” – often younger musicians – is nothing new in the jazz world. Miles Davis did it a number of times over the years when he felt the need to revitalize his music – and reach a new, younger audience. Super Blue, the partnership of guitar wizard Charlie Hunter, vocal expeditionary Kurt Elling and the -piece Butcher Brown combo, makes sense from those perspectives.

According to Butcher Blue drummer Corey Fonville, the project developed back in the pandemic year of 2020, when Elling’s reps approached his friend Hunter about making a record with the always prolific Elling.”I guess Charlie’s wheels started spinning and he said, ‘I know some people who would be a very good fit for this.,” Fonville told the Working Drummer podcast.

Hunter contacted Fonville and asked if he’d be interested in co-producing a record for Elling, and the drummer didn’t need to be coaxed. In the pandemic doldrums of summer 2020, I was super into it. Charlie said he could have called guys like Steve Jordan, people like that’ who are gods out there, but he said ‘I know some younger guys who can get the job done, too.” 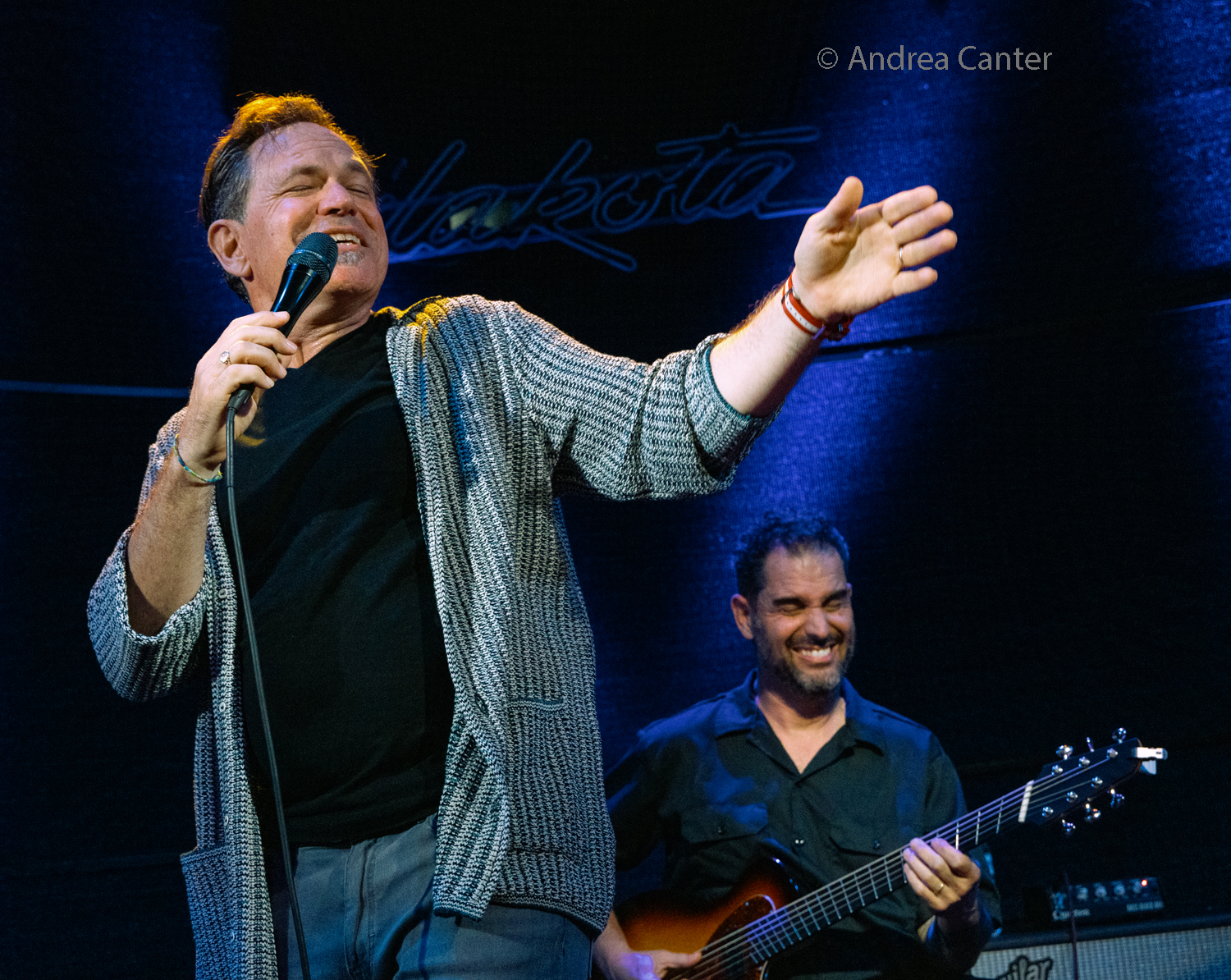 The players recorded the material for the debut SuperBlue album in late 2020 at a studio in Richmond, Va., which is the drummer’s hometown and Butcher Brown’s HQ. “We wrote stuff on the spot in the studio and sent Kurt the music after we recorded it,” Fonville said. “We didn’t meet Kurt until later, in 2021, but he trusted us and let us do our thing.” Elling cut his vocals at a studio in Champagne, Ill.

Hunter forwarded the instrumental tracks to the singer to interpret; and then finished the project with Elling, in separate studio locations.

When live gigging returned and SuperBlue played their first show in Virginia, the musicians had to relearn the music, Fonville told the podcast. “But it was a great show, and each show just got better and better after that.”

Elling has spent his public performing career in the “jazz singer” box, but he’s always shown a willingness to branch out by picking non traditional material and writing worthy originals. the SuperBlue project gave Elling a chance to stir in some ingredients he hadn’t tried before, like overdubbed harmony vocals.

Elling’s R&B vocal chops impressed the combo, Fonville said. “I’ve always felt like Kurt is a soulful person but he needed a different sound to get him to that space. He’s in mid 50s, but it’s not like he was having a midlife crisis and decided to get a Harley Davidson. We’re just exposing a side he already had. Its the most produced thing he’s done. He was stacking his vocals, he sounded like Ron Isley on some of these things”.

Because the Butcher Brown group is dong its own summer tour and not always available to hit the road with Elling and Hunter, Elling was backed by three perfectly-matched musicians he’s performed with previously: along with Hunter, Atlanta keyboardist Kenny Banks Jr. – playing a Nord keyboard stacked on top of an old-school Fender Rhodes – and drummer Terrence Clark, who provided the lifeforce funk heartbeat at the Dakota.

The night’s late set included a number of original tunes assembled by Hunter for the debut album and also a few from an upcoming second LP, along with a few chestnuts. 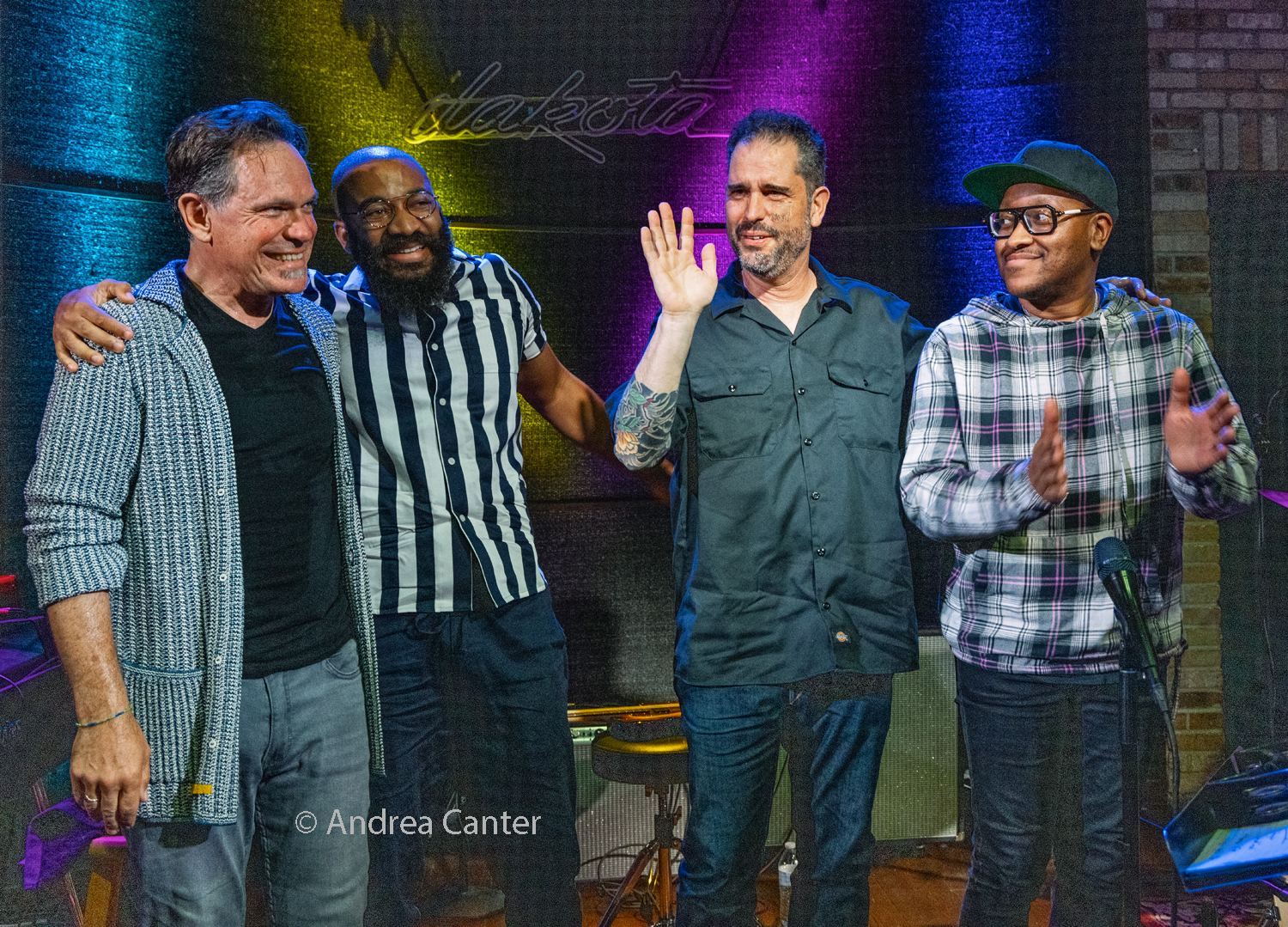 True to Fonville’s assessment, at the Dakota Elling sounded like a dyed-in-the-polyester soul singer, vocalizing over the neo-soul grooves crafted in the studio by Hunter and his Butcher Brown pals. One of them from album number one was ‘Manic Panic Epihanic” another funky vehicle credited to Hunter, Fonville, DJ Harrison and Elling, Introducing the song, Elling recalled growing up listening to ’70s pop radio and delivered a quick dead-on imitation of Al Green.

The set also included a rendition of Carla Bley’s “Endless Lawns,” which Elling first recorded several years ago and revisited for the first SuperBlue album. It’s become one of the most effective/affecting tunes in their repertoire, with Elling’s lyrics: “Come climb the sky with me/Come hear and come to see/Melody in perfect symmetry/In love./In light./In key.”

The synergistic combo also laid down a ferociously funky “Sassy,” their version of a Sarah Vaughan tribute song penned by Bill Bodine and recorded by the Manhattan Transfer. Another funky slice they played from the upcoming second SuperBlue record was a new one called “Freeman Square.”

Elling, Hunter and their cohorts also hipsterized “Naughty Number Nine” which is a song from Schoolhouse Rock designed to teach multiplication tables. Elling made it sound and feel like a beat poetry reading in a dark espresso house, underbelly side of a shadowy city.

Hunter has long been a singular voice on his instrument, having long since refined the art of simultaneously playing bass lines, chords and melodies. While the marketers don’t categorize him as an R&B playa, he always sounds completely at home plucking punchy funk bass lines; he’s from Oakland, after all. Throughout the Dakota gig, Hunter had the proverbial Cheshire cat grin plastered on his face, obviously enjoying collaborating with Elling, Clark and Banks.

In the spoken word category, Elling and the quartet took temporary ownership of Tom Wait’s spoken word piece “Circus” – a typically smudged lens piece about a traveling gypsy circus. The verbal picture sketched by Elling included “a woman in a Roy Orbison T-shirt bottle feeding an orangutan,” among other atmospherics, and references ranging from E.E. Cummings to the late Texas bluesman Zuzu Bolin. And of course whiskey was mentioned at least once.

A second SuperBlue album is already in the can, and based on the debut record and the Dakota show, it should be another serving of the infectious sub-genre hatched by Elling, Hunter and the rest. You could call it “funk-swing.”