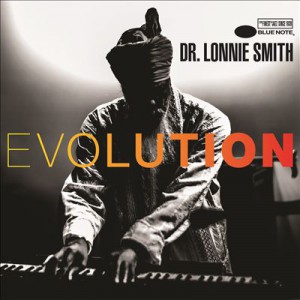 Recently Joey DeFrancesco visited the Dakota Jazz Club in Minneapolis, and by all accounts it was a great show. While he was here, I came across an article that described him as the most important living player of the Hammond B-3 organ.  While Joey D is certainly a force of nature on the keys and a demon in the studio, I had to wonder if the writer had dug very deep into the rich history of what can be a pretty arcane instrument, whose players are often eccentrics.

At first glance, Lonnie Smith may seem to fit the latter description:  He’s rarely pictured without his trademark turban and shock of inverted triangular facial hair. His wardrobe and other choices give him a kind of guru countenance. But he’s no eccentric for profit. For decades, the Good Doctor (or “Turbinator” as he’s lovingly known), has been making sounds come out of that oscillating Leslie amp that rival the legends, from Jimmy Smith to Joey DeFrancesco.

He’s also survived the terrible apocalypse of the music industry in recent years: Shifting from the glory days of crossover major- label jazz to two defunct indies, to an almost bankrupt label, he’s got a new home at Blue Note Records. He’s also got Joe Lovano. If that doesn’t pique your interest, you should get out more!  How about pianist Robert Glasper or funky reedman, John Ellis?

The standard choices on Evolution are predictable but delightfully reconstructed.  No matter, because it’s mostly original material. “Talk About This” and “Afrodesia” are two examples why this man is worlds apart from what often seems to be a bumper crop of B-3 cover artists.