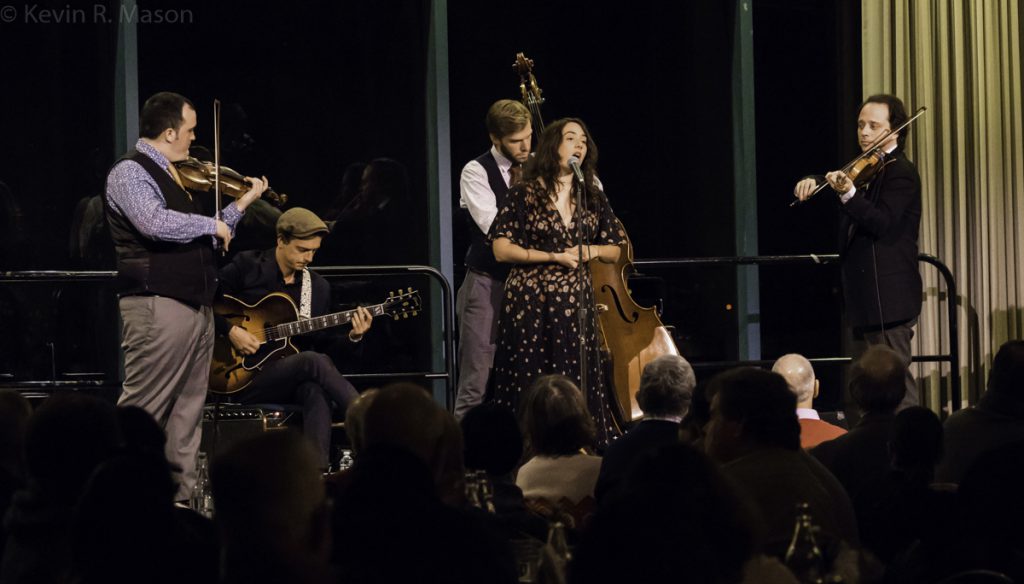 Writer’s Note: This was one of the last live events in the New York area before the pandemic became full-blown. I hope you enjoy it as a reminder of more normal times. Let’s look forward to the return to live music in theaters, clubs, festivals, and parks, where we have enjoyed jazz for years. In the meantime, there are many musicians and organizations giving online concerts, listening parties with commentary on classic recordings, interactive chats, lessons, and more. 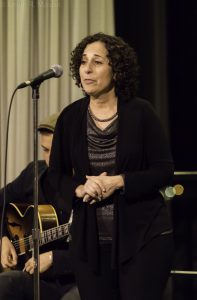 On the On Stage at Kingsborough website, it says the following:

On Stage at Kingsborough’s mission is to bring artistically and culturally diverse, multi-disciplinary performances from masters of the form to the varied communities in and around the college. We strive to create an environment where the arts are an accessible and integral part of life, and a community gathering place for inspiration, conversation, and breathtaking performances.

On Stage at Kingsborough’s mission is to bring artistically and culturally diverse, multi-disciplinary performances from masters of the form to the varied communities in and around the college. We strive to create an environment where the arts are an accessible and integral part of life, and a community gathering place for inspiration, conversation, and breathtaking performances. 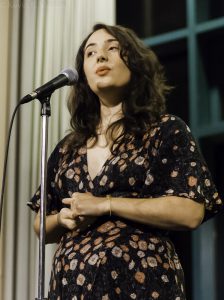 On Friday, February 14, 2020, On Stage at Kingsborough presented Tatiana Eva-Marie and The Avalon Jazz Band. This event was part of the “Jazz at the Lighthouse” series. In addition to the usual wine and delicious olive, cheese and fruit plate they offer, the atmosphere was particularly romantic, with the tables festooned with rose petals and Hershey’s Kisses for St. Valentine’s Day. 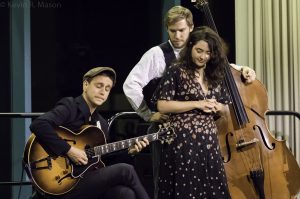 Executive Director Anna Becker welcomed the crowd and talked about upcoming events. Then she introduced the group, who started with a delightfully sprightly Gypsy-jazz song, which vocalist/bandleader      Tatiana Eva-Marie sang in French, with a wonderfully melodic, lilting voice that seemed to dance through the notes. In addition to Tatiana, the group included violinists Gabe Terracciano and Daniel Garlitsky, guitarist Michael Valeanu, and bassist Wallace Stelzer. 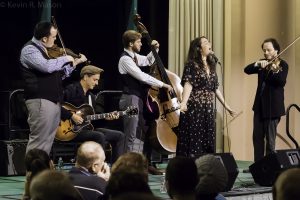 Tatiana thanked the audience for being there, and she wished that it were still sundown, because earlier at their sound check, the panoramic view from the Lighthouse was absolutely gorgeous. She continued by informing the crowd that they were going to play music inspired by the Parisian music scene of the 1930s. The songs were all about love, which was perfect for Valentine’s Day. The show continued with Sidney Bechet’s romantic ballad, “Si Tu Vois Ma Mère,” followed by Stéphane Grappelli’s up tempo “J’attendrai.” Next came Johnny Hallyday’s “Souvenirs, Souvenirs” and a beautiful rendition of “Tea for Two,” sung in English. Whether or not she sang in French or English, the group’s music was utterly charming, and after all, music is the universal language. The song “Ou Es-Tu Mon Amour?” (“Where Are You My Love?” in English) was a look at the sadder side of love. 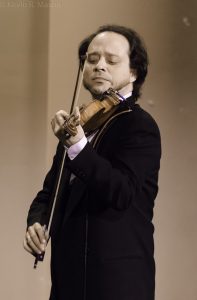 Tatiana stepped off stage, and the band played a great Gypsy-jazz version of “The Anniversary Song” (“Oh How We Danced on the Night We Were Wed”) and they followed up with “Que Reste-t-il De Nos Amours?” (“I Wish You Love” in English). 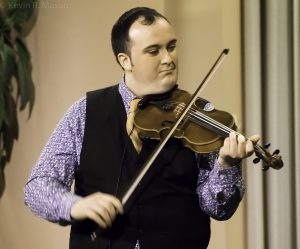 Tatiana returned to the stage and introduced Irving Berlin’s “Russian Lullaby” by saying, “I believe there are some Russians here tonight.” That garnered an enthusiastic round of applause, and Tatiana added, ‘Well, this one’s for you!” It was quite a swinging number that had the crowd swaying and chair dancing. Next came a very danceable “Lady Be Good.” On Sidney Bechet’s “At the Jazz Band Ball,” violinist Gabe Terracciano played a piercingly beautiful solo.

According to Tatiana, Cole Porter’s “I Get a Kick Out of You” was originally a “beguine,” a Creole dance song, but it is not usually played that way. So, they decided to play it as a beguine and treat the audience to a different take on the classic. It was quite magical. Then the group tackled the dark side of love on “Maladie D’Amour” (“Love Sickness” in English). Tatiana noted that the lyrics explore how love can be like a sickness, and if you are not careful, it’s like the bite of a snake, and then you die. It was beautifully played by the musicians. 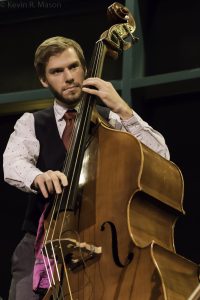 Tatiana stated, “This next song needs no introduction. If there’s one day it should be played, it’s Valentine’s Day!” The song in question was “La Vie En Rose,” and it was so emotional and sweet, with lovely vocals by Ms. Eva-Marie. For their last song, the group played “Dark Eyes” (“Ochi Chernye” in Russian), a very dramatic ballad that started off slowly, then segued into a rapid-fire number, and it really had the crowd clapping along. This band can play like nobody’s business, and they brought their “A” game to every song. Whether you were there as part of a couple, with a group, or alone, it was a great way to spend Valentine’s Day, with fabulous atmosphere, fine food and wine, and fantastic music.

Currently, On Stage at Kingsborough is screening several of their past events on their website at www.onstageatkingsborough.org.