A newcomer to Volstead’s Emporium would probably be put off. They would see a line extending from a large metal door located in a back alley behind Bill’s Imported Foods in Uptown. Occasionally, a slit would open in the door, and a voice would ask, “how many?” then shut back up upon receiving a response. When this newcomer is lucky enough to be invited in, they would see a large set of descending stairs, with another door careening off to the left. They’re told by the bouncer to head down the stairs and wait inside in the next entry. Patrons don’t have much such say in the whole process. Our poor newcomer is probably thinking, “What did I get myself into?”

Well, you just got yourself into one of the hippest bars in the Twin Cities. Those two doors transport you from a questionable back alley into a speakeasy straight from the 1920s. Volstead’s Emporium has a perfectly curated ambiance, enjoyable small plates, and a drink menu that goes punch for punch with the best. The kicker, however, is the late-night jazz on Friday and Saturdays. If you can find a table between 10:00 pm-1:00 am on either night, you’ll be rewarded with some of the Twin Cities’ finest in an unparalleled environment.

Volstead’s strikes a perfect balance for those interested in listening and those more interested in social affairs. The dimly lit bar and private and open seating allow patrons to curate their experience finely. Volstead’s has a menagerie of areas, ranging from groupings of oversized plush chairs, booths where wait staff takes orders from openings in the wall, and for the particularly curious, secret party rooms guarded by initially inconspicuous objects. In front of the band, there is a row of about ten tables for those interested in music. Because it’s always packed with customers, the jazz is never overbearing.

Volstead’s standard jazz fare is the trio or quartet. This usually translates to a classic piano trio, but occasionally, a deft horn player will appear for the whole evening or sit in on a few tunes. Featuring a wide variety of local musicians, jazz at Volstead’s has sidestepped the period piece pigeonhole and evolved into one of the best gigs in town. Musicians feel comfortable playing both original compositions and standards, which helps break up the predictability of an otherwise long gig.

The speakeasy genre can be challenging to pull off. Often, there is misalignment between execution and vision, and what is meant to be ambiance comes off as a gimmick. Volstead’s ultimately transcends this shtick. This bar strikes a perfect balance between novelty and genuine authenticity, unlike other bars of similar aspirations. The speakeasy elements of Volstead’s are so complete that repeat trips are met with enthusiasm rather than groans.

The line might be imposing, but the excellent music, drinks, and atmosphere make this Uptown joint a thoroughly enjoyable experience. Next time you’re looking to go out and hear some jazz, give Volstead’s a try. It’s worth it. 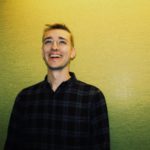