To create his magnum opus album “Musica de Las Americas,” Puerto Rican saxophonist and composer Miguel Zenon took a neck-deep dive into an epic, endlessly intriguing topic – the development and history of the American continent, including the cause-and-effect of European colonization.

Since its release last fall, Zenon and his simpatico quartet have been bringing the Grammy-nominated work to stages around the world, including the Dakota in Minneapolis, on January 19.

According to the notes accompanying the album, it honors the continent’s diverse cultures while “challenging modern assumptions about who and what ‘America’ is.”
In the tradition of creatively potent jazz combos, Zenon leads a longstanding quartet. Venezuelan pianist Luis Perdomo and Austrian bassist Hans Glawischnig have been with him since the late ’90s. The “newest” member of the group, Puerto Rican drummer Henry Cole, joined in 2005.

“We share a lot of the same views about music, specifically from a rhythmic perspective,” Zenon said in a pre-show interview. “It makes the band function well. They are just good musicians who fit the mold of what I’m trying to do.“
As composers, “ultimately what we’re all trying to do is be honest,” he says, describing himself as “a big fan of folkloric, working-class music, and music with a higher purpose than just to entertain.” Accordingly, his music contains both intellectual and “folkish” elements. “The combination of that is my (musical) personality.” 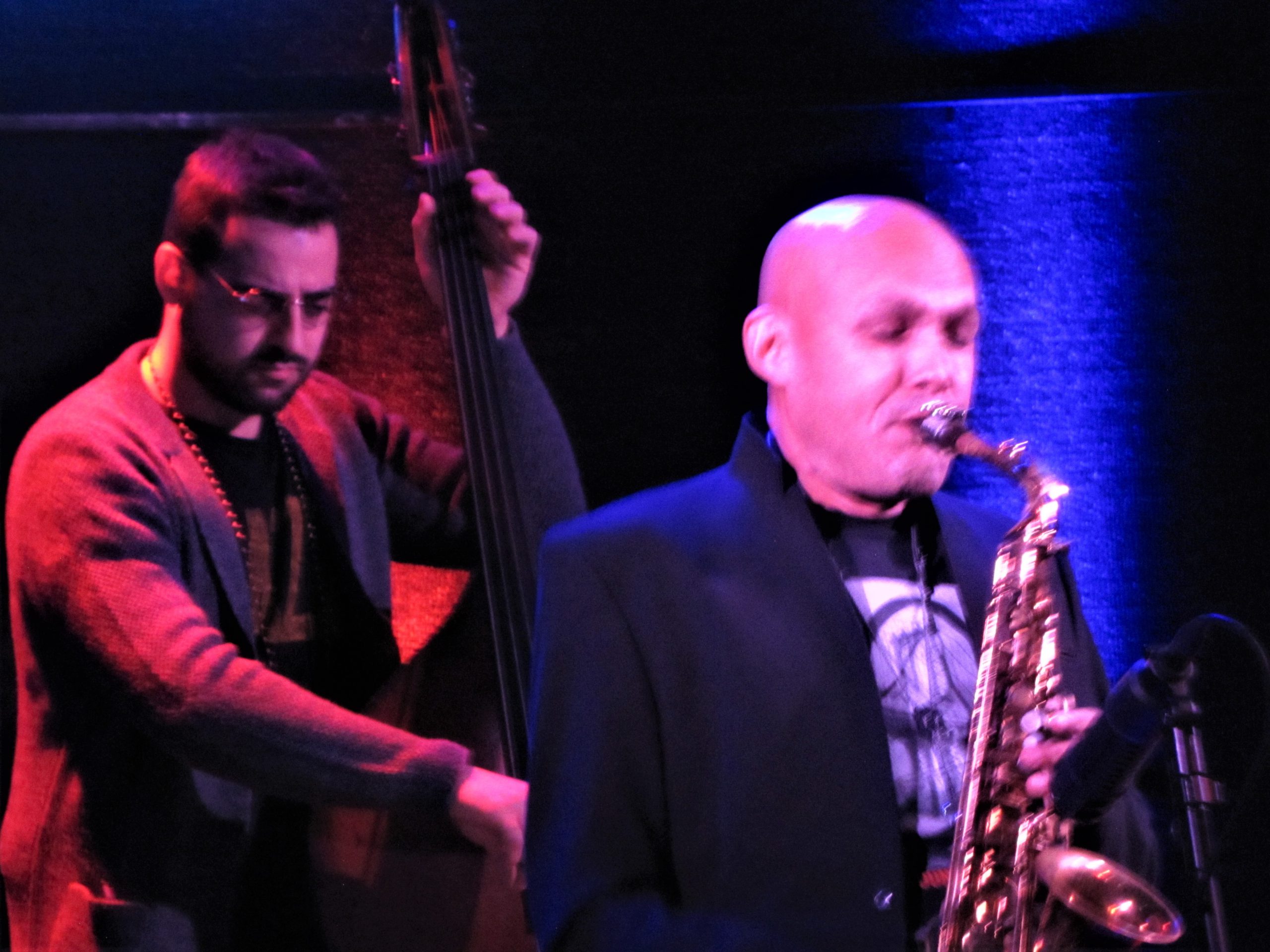 The pandemic hiatus that began in 2020 proved to be a fruitful period for him, starting with historical research. “During the time at home I started getting lots of initial ideas and had a lot of time to put stuff together. “I started exploring the history of this part of the world (the Americas) I started getting more information about how things came to be and how we got to where we are today.”

When Zenon composes, his process includes writing lyrics for some of his new tunes, even if he doesn’t intend for those lyrics to be sung and recorded. “It’s helpful in connecting and being able to approach melodies from a more lyrical side. When you play an instrument, it’s easy to get lost in what the instrument can do.”

When Zenon and his combo got back to playing live in late 2021, he had plenty of new music for the group to work on. “When you go in the studio, there’s a different energy, and no audience. When we play “live” we can stretch out and do things we wouldn’t do in the studio. It’s almost like it’s amplified.”
Zenon and his combo kicked off the Dakota set with “Tainos”, which opens with a driving up-tempo piano rhythm played by Perdomo. Zenon used turbulent rhythms to capture the clash of two very different groups, one of peaceful agrarians and and the other conquistadors.
Zenon has distinguished himself as a composer by blending folkloric and modern musical elements and that is reflected in the new album. The Dakota performance was full of polyrhythmic complexity executed with virtuoso precision by the quartet
“Navegando (Las Estrellas Nos Guían),” paying homage to the region’s seafaring culture, opened with a minor ke 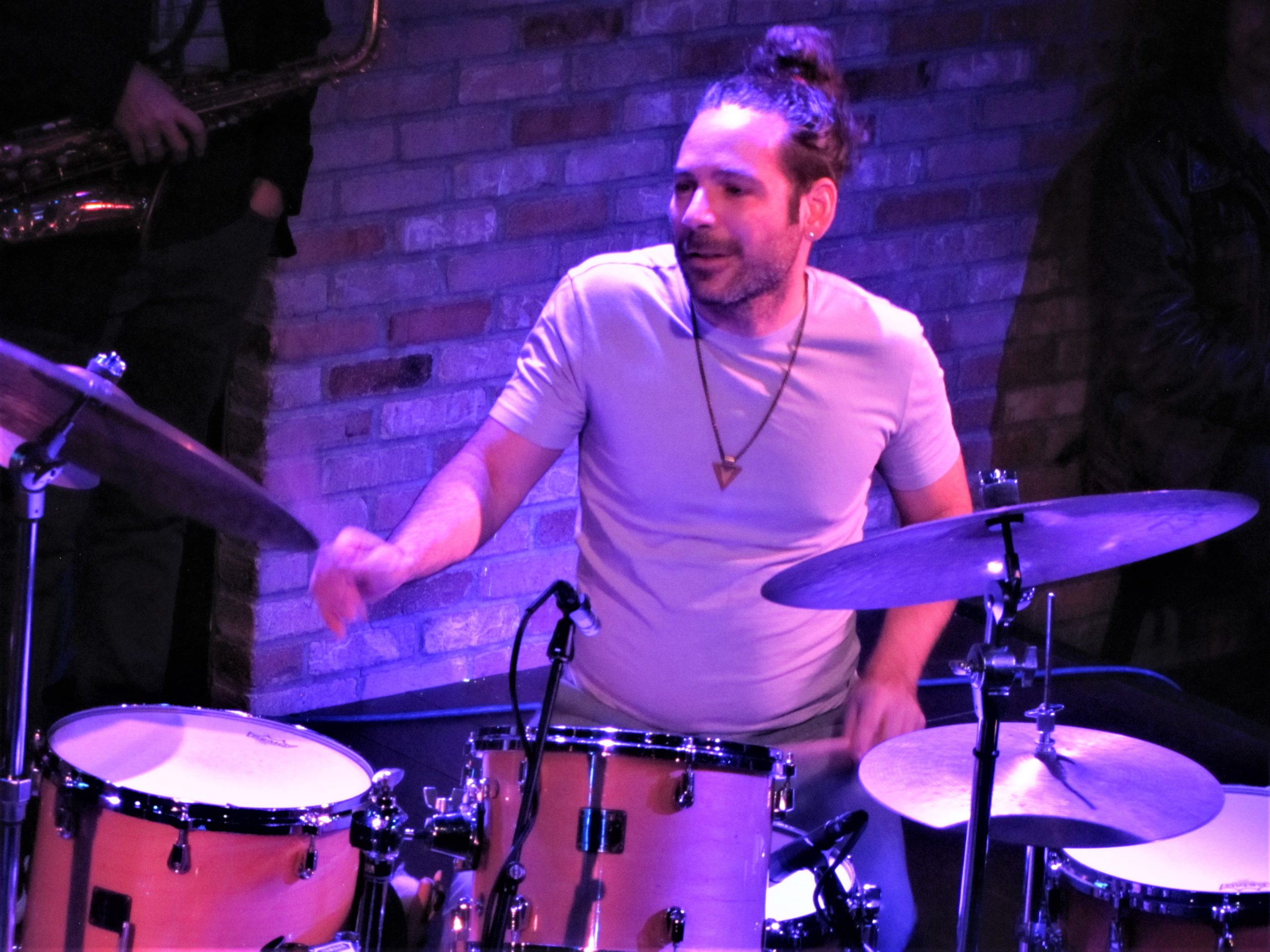 y piano vamp and underlying rhythms by talented young drummer Henry Cole. The tune played out with an expansive bass solo by Glawischnig.

Zenon says the star formations those early societies used for navigation provided the foundation for the song.
The snakehip-rhythm piece “Bamboula” honors a dance beat that African slaves brought to the Americas. Over time, bambula became the rhythm commonly referred to as “habanera,” which is found in much of Latin American music today. A highlight of the Dakota rendition was a virtuosic sax-piano dialog between Zenon and Perdomo.
The stop-time piece “Antilano” featured exuberant dance rhythms, serpentine sax improvisation and more percussion creativity from Cole.
Zenon was making his first visit to Minnesota as a leader in a decade or more; his most recent Twin Cities appearance was as a member of the SF Jazz Collective.

The Dakota closer was “America, el Continente,” a gorgeous ballad constructed around Perdomo’s slow, minor key arpeggios and golden alto melody by Zenon. Glawischnig and Cole were also featured as soloists.
Next month, Zenon and his quartet will be bringing the music to audiences in Paris and Germany, as his new music continues to evolve.