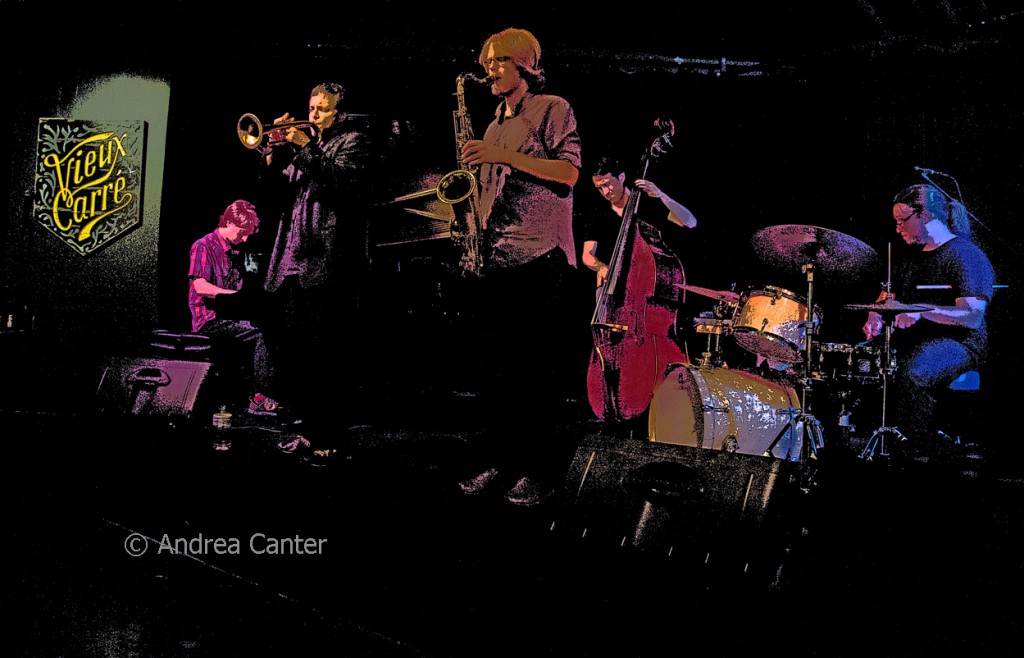 For a number of years, Steve Kenny led a band dubbed The Bastids (aka Bebop Bastids) for a weekly (Wednesday) early evening gig at the Artists Quarter. In summer 2013, Kenny decided it was time for a change-up, and for the remainder of the AQ’s run (through December 2013),  the early Wednesday time slot featured his Group 47, with the veteran trumpeter surrounded by a brood of young lions. After the Artists Quarter closed, the ensemble found other modern jazz-friendly venues– Late Night at the Dakota, Jazz Central Studios, the Black Dog, Icehouse, Studio Z, and the Twin Cities Jazz Festival. In summer 2014, the band released its first recording, Straight to Vinyl (on LP and digital download). Over the past two years, however, the band has played only a few gigs while pianist Will Kjeer attended a post-high school program at Interlochen and the past year at Cal Arts. With Will back in town for the summer, Group 47 is wasting no time reconvening, at Vieux Carré on Tuesday, May 31 (8 pm). 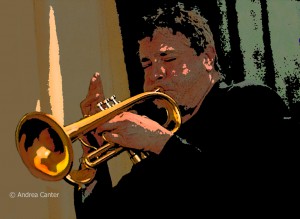 Steve Kenny studied at the University of Wisconsin-River Falls. Among many projects, he has performed with What Would Monk Do, the Cedar Avenue Big Band, and Larry McDonough’s quintet (tribute to Chet Baker) as well as leading several editions of his own quartet. He’s well known as co-founder of the Illicit Sextet, an ensemble popular in the 1990s before taking a long hiatus, and back in action for the past six years. Steve has received a Minnesota Music Award, West Bank School of Music Jazz Composer award, multiple honors as Best Jazz Trumpet at the Eau Claire Jazz Festival,  and a commission from Zeitgeist New Music Ensemble. With support from a state arts board grant, he curated the ten-week “All Originals” jazz series at Studio Z for two summer seasons. In fall 2014, Steve launched the weekly Saturday Night Jazz at the Black Dog series, and in spring 2015, brought a similar series (Friday Night Jazz) to The Nicollet, recently rebranded and rescheduled as Thursday Night Jazz at Reverie. And that instrument he plays? It’s a FLUMPET™– a hybrid trumpet/flugelhorn. 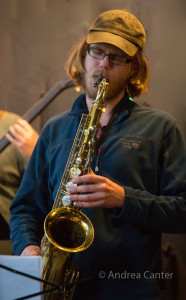 Thomas Strommen (tenor saxophone) has studied with Greg Keel, Bryan Nichols, Adam Linz, Phil Hey, and the faculty of the Shell Lake Jazz Camp, as well as with instructors at Wayzata High School. Most recently, Thomas studied with David Milne at the University of Wisconsin-River Falls. During his senior year of high school, Thomas was selected as a member of the Dakota Combo. In addition to Group 47, Thomas co-leads a quartet, Dark Blue, and performs with the Alex Burgess Quartet. 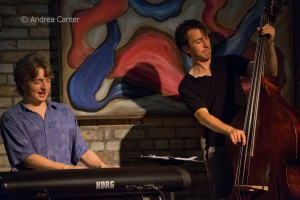 Pianist Will Kjeer was already working around town as a freelance musician well before high school graduation.  In addition to playing with Group 47, Will led his own trio and quartet at the Artists Quarter, and has led groups more recently at Jazz Central and the Black Dog, among other venues. Will began classical piano studies at age six, later falling in love with jazz, because “it has reached my soul like no other music has. I also love the constant possibility of creating incredible, spontaneous moments between musicians that is created through improvisation.” With his high school peers, Will was a member of the Dakota Combo (two years) and Minnesota Youth Jazz Band as well as several other student-led ensembles. After receiving acceptances to several music conservatories, Will opted to attend the post-high school music program at Interlochen Center for the Arts in Michigan, which he completed in spring 2015. After a year at Cal Arts, he will now head to McGill University in Montreal to complete college studies.

Bassist Adam Tucker has been playing, recording and producing music for many years on the Twin Cities scene. He’s less known for his substantial jazz chops than as a member of groups like The Sextons, and is the driving creative and technical force behind Signature Tone recording studios, well regarded in the heavy metal community. However, many think of Adam as “the secret weapon” in jazz circles, given his work with the Adam Meckler Orchestra, No Time for Squares, the Jana Nyberg Group, and his long association with Steve Kenny and the Bastids. 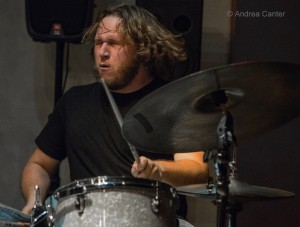 Alex Burgess is known as a very dynamic drummer. A student at UW-River Falls, he studies drums with Craig Hara and composition with David Milne. In addition to Group 47, he’s a member of the Bad Habits Brass, Dark Blue, and other working jazz and commercial ensembles, and leads his own quartet. Alex teaches drums at Brickhouse Music in River Falls.

Don’t miss this evening with Group 47 at Vieux Carré. Expect to hear compositions from the album Straight to Vinyl as well as some other new works from the band.