Packed away for decades, and for a long time only rumored to exist, the Savory Collection was acquired by The National Jazz Museum in Harlem in 2010, making headlines around the world, in The New York Times, BBC, NPR, Newsweek and more. Created by recording engineer William Savory, the collection includes more than 100 hours of recordings made from live New York City radio broadcasts between 1935 and 1941, featuring numerous jazz legends at the height of their careers. Louis Armstrong, Billie Holiday, Lester Young, Duke Ellington, Fats Waller, Artie Shaw, Benny Goodman, Django Reinhardt, Louis Jordan, Lennie Tristano, Bunny Berigan, Lionel Hampton’s jam sessions, and Martin Block’s “Make Believe Ballroom” programs are just some of the artists showcased in the Savory Collection.

The Savory Collection is a prized addition to the National Jazz Museum in Harlem’s continuously expanding archive of jazz artifacts. Loren Schoenberg, Founding Director and Senior Scholar of the National Jazz Museum in Harlem, has been quoted as follows: “The Savory Collection is the story of a buried treasure. Imagine finding an unknown play of Shakespeare’s or an unknown novel by Mark Twain – that’s what this is! It’s as close to a musical time capsule as you’ll ever find – you are right there, in the moment, hearing never-before-heard sounds in truly remarkable fidelity.”

On the Museum’s website, Schoenberg continues the story of the discovery of the recordings. “We are thrilled to finally share the wonders of the Savory Collection with the rest of the world. It’s the end of a 36-year quest that is centered on the wondrously strange, brilliant and unique William Alcott Savory (1916-2004). A trained musician, audio engineer who also served the U.S. Navy both in developing their radar technology, and as a test pilot (and this is just the tip of his biographical iceberg), Bill Savory was first and foremost a music lover who single handedly captured hundreds of hours of top-shelf music off the air in the six years preceding America’s entry into World War II. His story is truly worthy of a major biography, and over the course of this series of recordings, we will share several reflections on his life and legacy… Contrary to common belief, Savory had nothing to do with the radio broadcasts themselves outside of recording them in New York at the transcription studio at which he was employed. He was not there in person at the broadcasts nor did he produce the music himself. But his genius was in selecting such outstanding moments from the more than 50,000 hours of radio programming to which he had access over the course of those 6 years.”

Loren discussed how the discs were in various states of decomposition. Before Doug could work his magic, Loren said, “He had to take the discs and put them into as pristine a condition as possible, given the multitude of ways in which they had decomposed, due to many different external factors. There’s a video on The New York Times website where they actually show Doug experimenting with different solutions, just to get the discs to the point where he could actually put the needle down, then take the music off.” Schoenberg continued, “It was one thing for the Museum to rescue the collection from being lost, but once we acquired the collection of roughly 1000 discs, that could have been the end of the story. Because there are very few people…and I’m saying this without hyperbole, there are not that many people on the planet, literally, who could have done what Doug did. Some people may have been able to do the first part of the process…if they’re chemists…they could figure out, ‘How do I bring this disc back from death?’ But then to take that knowledge into the second step, which is another aspect of Doug’s genius, it takes a certain kind of musician’s ears, an artist’s ears, which he has, to be able to rescue from these things, every little nook and cranny of sound. So, it’s wonderful to have an opportunity to share the credit where it actually belongs.” 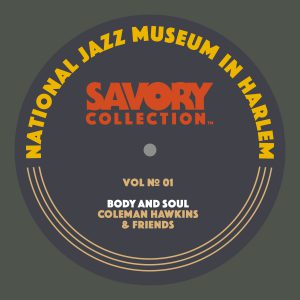 As much as Loren praised Doug’s contributions to the Savory project, Pomeroy had equally great things to say about Schoenberg’s participation. “He has an encyclopedic knowledge of musicians’ names and the groups they played in, and the titles of the thousands of tunes they played and the records they made! This was hugely helpful, especially since many of the discs had no titles on them or on their sleeves. I would have been hopelessly lost without his input.”

Sadly, some of the embossed raw aluminum discs had suffered water damage, which caused some loss of the music due to corrosion of the aluminum. Lacquer-coated aluminum discs had quieter surfaces, but unfortunately do not last forever. Eventually, the lacquer cracks and peels (and there is no way to stop this). But the important story is not what was lost, but what could be restored.

Pomeroy, a multiple Grammy Award-winning engineer, discussed the challenging restoration process, identifying the first step as removing all the noise. Discs always have a certain amount of noise, and all the Savory recordings are on discs, since tape recording didn’t exist until after WWII. He employed special software to remove noise, and since many of the recordings did not play back at the proper pitch, he tackled the problem of adjusting the pitch. Doug added, “One of the most important things, to me, is what we call re-equalization, which is the balance between the high and low frequencies, and what’s in the middle.” Pomeroy has been using a parametric equalizer for over 20 years to achieve re-equalization. 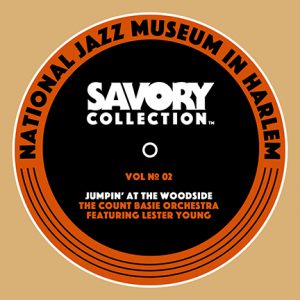 Pomeroy elaborated about audio technology. “I can’t take all the credit for whatever sounds good, because the software I’m using is so far beyond what we had 20 years ago. I just have to give credit to the company that made the software I’m using, because it can do things that just can’t be done in any other way. The company is called iZotope.” In fact, the latest software allowed Pomeroy to often make a restored disc sound better than it would have when it was originally recorded. Doug continued, “Knowing what real music sounds like is very important. That might sound like a trivial statement, but I think a lot of engineers have grown up listening to electric guitars, and they don’t really know what an acoustic guitar sounds like, or what a big band sounds like without amplification, which was the way Count Basie played. There might have been a mic for the vocalist. But at The Famous Door, they didn’t have loudspeakers for the band. They didn’t need them. It was a small club, and Basie had his whole band there, and man, it’s amazing to me how good those recordings sound! When you consider that most of them were done with one microphone, or maybe two, if there was a vocalist…the Basie Band sort of balanced itself, and the engineer knew where to put the mic to pick up the rhythm section and the brass…the broadcast engineers were smart guys. They learned what to do, and a lot of that knowledge has been lost. Now, we put a mic on every thing, and try to get it sounding right. If you use too many mics, the sound gets worse. A lot of people have to learn that the hard way.”

The saga of this remarkable collection involved a special combination of fate, timing, synergy, and serendipity. It seems to be destiny that this musical treasure trove was discovered by just the right people, at just the perfect time so the recordings could be restored. It isn’t difficult to believe that there was more than chance and luck involved, and jazz lovers worldwide are the recipients of a great gift. Pomeroy stressed that this music hasn’t been heard by the public since it first aired on the radio. “These are not re-issues. These are recordings that were never issued. That’s what makes this collection unique. And thank God Bill Savory worked in a transcription studio where he could make these discs for himself and take them home. That’s why we have them today. Unless you were alive in 1938, and you remember the broadcasts over the radio, you would never have heard any of this music.”

When asked by Loren if any of the music particularly stood out and knocked his socks off, Doug mentioned “Tea for Two” by Lester Young, remarking that it sounded so great because of how Lester played, despite a bump in the recording that took him three years to get rid of!  Loren long thought that if he ever found the Savory Collection, he’d only find Benny Goodman recordings, which would have been no small thing by itself, since Goodman’s band at that time included Lionel Hampton, Teddy Wilson, Charlie Christian, Fletcher Henderson, Harry James, and Gene Krupa. So, you can imagine Schoenberg’s surprise when, in addition to Benny Goodman, he opened the box and found Count Basie, Ella Fitzgerald, and Coleman Hawkins.

Volumes I and II have been recently released on Apple Music iTunes. Loren spoke about the liner notes, which many people in the industry are calling a new level of digital liner notes. “It comes with a 20-page color, beautiful digital liner note, beautifully produced…the pictures, the quotes, and the dates. It’s really good, and most albums don’t have that.”  The Museum has the right to issue more recordings, so the important work of the Savory Collection continues!  For more information on the Savory Collection and The National Jazz Museum in Harlem, go to: http://jazzmuseuminharlem.org/savory/.