Once known as PBR, Dave King’s Vector Families–with Brandon Wozniak, Anthony Cox, and Dean Granros– has turned ears around the metro for the past three years. The band returns to Vieux Carre’ in downtown St. Paul this weekend, March 1011 (9 pm), celebrating a new recording. 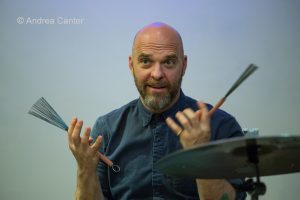 Drummer Dave King might be best known for his long-standing work with The Bad Plus as well as Happy Apple, but his affiliations hardly end there. In fact, at any given moment, King is likely involved in at least ten other projects ranging from his own jazz-infused Dave King Trucking Company and Buffalo Collision to rock bands like Halloween Alaska and impossible-to-define electronic outfits like Gang Font. Dave worked as a session musician in LA in the early 90s before returning to the Twin Cities to find his own voice, launching Happy Apple with high school pals Michael Lewis and Erik Fratzke, and soon co-founding The Bad Plus with Ethan Iverson and Reid Anderson. Dave released a solo album combining his skills as drummer, pianist and composer, Indelicate, in 2010 (Sunnyside); in fall 2012, his Dave King Trio with Bill Carrothers and Billy Peterson released the well-received I’ve Been Ringing You (Sunnyside). He’s released three albums in five years heading the Dave King Trucking Company, and appears on the new ECM release from Craig Taborn’s quartet, Daylight Ghosts. Whatever the band of the moment or decade, King remains the Energizer Bunny of drummers, both in terms of his frenetic musical wizardry and his simultaneous association with numerous and diverse musicians. 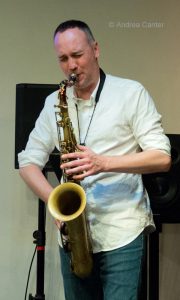 Saxman Brandon Wozniak previously lived and worked in New York City, toured with the Tommy Dorsey Orchestra, and earned his BA from Indiana University under the tutelage of David Baker. Since arriving in the Twin Cities in 2006, he has performed with local bands including the Atlantis Quartet, Red Five, Dave King Trucking Company, the Adam Meckler Quintet, the Bryan Nichols Quintet, Zacc Harris Quartet, Mancrush, and in varying combinations with Adam Linz, Billy Peterson, Dean Magraw, Kenny Horst, Zacc Harris, Steve Kenny and more. For the past three seasons, Brandon has performed on the Jazz in the Target Atrium Series at Orchestra Hall as part of the Atrium Jazz Ensemble led by Jeremy Walker. 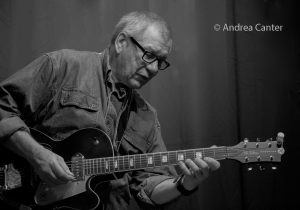 Dean Granros studied music theory and composition at the University of Minnesota and MacPhail Center. Concurrent with those academic studies, he served a lengthy apprenticeship in jazz and blues, playing nightclubs such as the old Blue Note in North Minneapolis, the Extraordinaire, and the Downtowner. He was a co-founder of one of the Twin Cities seminal experimental jazz groups, “The Whole Earth Rainbow Band” in 1970 and later joined former Weather Report drummer, Eric Kamau Gravatt, in the high energy post-bop band, Kamanari.  He co-founded the progressive and virtuosic improvising trio F*K*G in 1995 with saxophonist Scott Fultz and drummer Dave King. He’s also played with How Birds Work and with George Cartwright’s bands Curlew and Gloryland Ponycat. In early 2015, Dean and Joel Shapira released Jazz Guitar Duets: Live From the Twin Cities Jazz Festival, recorded in June 2014 at the Black Dog. After forming the double guitar quartet Tall Tales in 2014, Dean and the band released their self-titled debut last year. 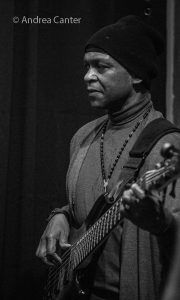 Anthony Cox studied bass at the University of Wisconsin Eau Claire, then headed to New York, building a reputation that took him on tour with Stan Getz.  In the early 90s, he returned to the Twin Cities but his career has hardly been limited by his residence. Over the years, Cox has worked and/or recorded with Joe Lovano, Sam Rivers, Dewey Redman, Geri Allen, Arthur Blythe, and Uri Caine, playing upright acoustic, electric and Spanish acoustic bass. With Bill Carrothers and Jay Epstein, he has performed and recorded as Easy Company, and recently has appeared at the Icehouse, Dakota and Jazz Central. He leads several ensembles including Happy Spirits and DD7, and is a member of the Atrium Jazz Ensemble, with whom he debuted “The Rage of Achilles” at Orchestra Hall in 2015, co-written with Jeremy Walker.

Vieux Carre’ is located in the lower level of the Hamm Building at 408 St. Peter Street in downtown St. Paul; http://vieux-carre.com; cover $15 cash only.