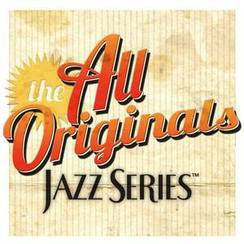 In addition to his weekly jazz series at the Black Dog in St Paul and Reverie in Minneapolis, trumpeter/composer/curator Steve Kenny has presented a summer series of “All Original” music at Studio Z for the past three years. Back for a fourth season, the 2017 concert program launches on Friday, July 7, at 8 pm, with the long-running Illicit Sextet. Kenny co-founded the ensemble 30 years ago, and last fall, the band –Kenny, Paul Harper, David Roos, Chris Lomheim, Tom Pieper and Nathan Norman–celebrated its third recording, Addendum. The July 7th performance will include works from all three albums as well as some new material. And it’s all original!

Fifteen years is a long wait to reconvene, but the band reunited in 2009 at the Artists Quarter with the same personnel who were playing in the mid 90s:  Paul Harper (tenor sax), who had taken over when Buchegar moved, along with the musicians who appear on Chapter One―Steve Kenny (trumpet), David Roos (guitar), Chris Lomheim (piano), Tom Pieper (bass) and Nathan Norman (drums). (Lomheim, Pieper and Norman were not in the very first edition of the band, but came on board around 1990.) In 2013, the sextet finally released the sequel to Chapter One — Chapter Eleven. And for fans of the original band, note that Chapter One has been reissued on iTunes and CD Baby. The recording gap closed considerably as IS waited only three years for number three, Addendum.

Steve Kenny, FLUMPET™, co-founded the Illicit Sextet after graduating from UW-River Falls. Among other projects, he led The Bastids and then Group 47 weekly at the Artists Quarter, and more recently at Jazz Central, the Icehouse, the Black Dog and more. Group 47 recorded an LP, Straight to Vinyl, released in summer 2014. Kenny also received a Metropolitan Regional Arts Council grant to produce a 10-week summer series of jazz at Studio Z in 2014, which he has brought back in 2015 and 2016, featuring “All Originals” from local ensembles, including the Illicit Sextet. In fall 2014, Steve launched the Saturday Night Jazz at the Black Dog series, and with Illicit Productions, assembled and released the first Twin Cities Jazz Sampler, a collection of tracks from 13 area jazz ensembles. In 2015, he inaugurated another weekly series, Friday Night Jazz at The Nicollet (now Thursday Night Jazz at Reverie) in Minneapolis. Steve also curates three nights of jazz at the Black Dog during the Twin Cities Jazz Festival. With Illicit Productions, Kenny released the second volume of the Twin Cities Jazz Sampler in late 2016. In addition to IS, and Group 47, Steve leads several quartets, Central Standard Time, What Would Monk Do, and performs with a long list of area musicians including Larry McDonough, with whom he has performed a tribute to Miles Davis and Chet Baker.

All Originals Jazz takes place at Studio Z, 275 E 4th Street (Suite 200) in the Northwestern Building in St Paul’s Lowertown Arts District at 8 pm. Tickets $10 at the door or via Studio Z — http://www.studiozstpaul.com