The 2019 Montreal Jazz Mass – Where Jazz and Art Meet 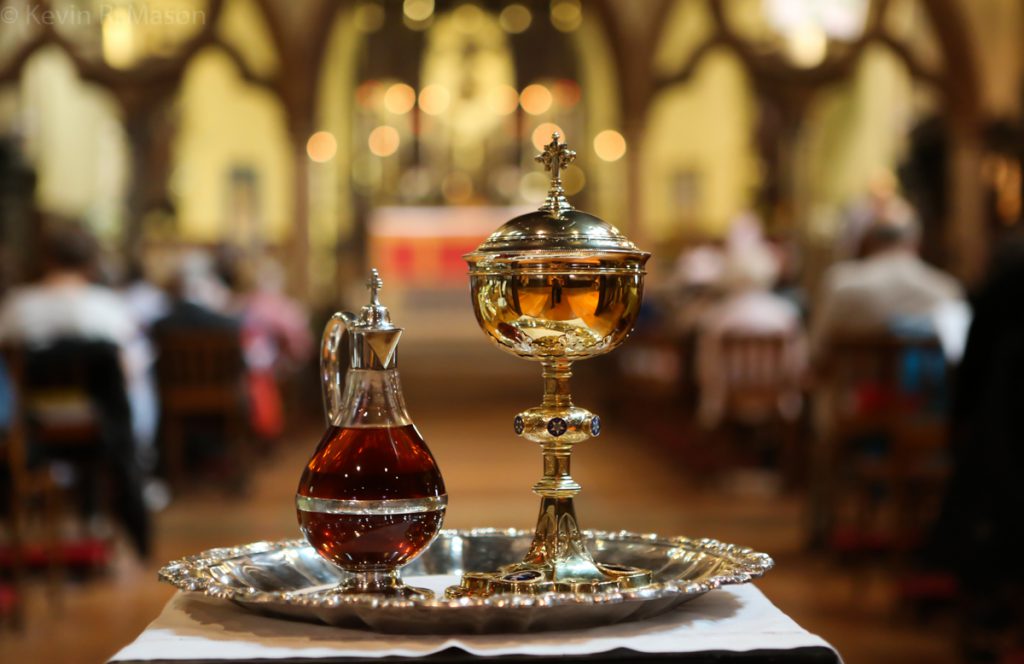 The Montreal Jazz Festival, aka Le Festival International de Jazz de Montréal, brings so much music to the city, that it expands beyond the Festival itself. There are late-night jam sessions, after-hours jazz clubs, street performers, and much more. 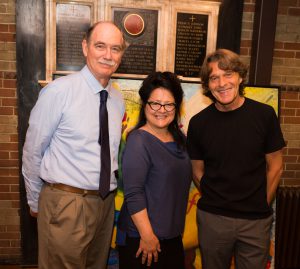 One of the most stellar of the yearly events that take place during the Festival is the annual Jazz Mass at the Church of St. John The Evangelist, affectionately known as “The Red Roof Church.” Although it is not technically part of Le Festival International de Jazz de Montréal, it has certainly become part of the Festival experience. This year, the Jazz Mass took place on June 30. Hosted by religious studies scholar and esteemed Canadian educator Professor Norman Cornett, the Jazz Mass featured prominent musicians, saxophonist Jean-Pierre Zanella and vocalist/songwriter Susie Arioli. Both artists are winners of the Festival’s Oscar Peterson Award, which is bestowed in recognition of a performer’s musicianship and exceptional contribution to the development of Canadian Jazz. 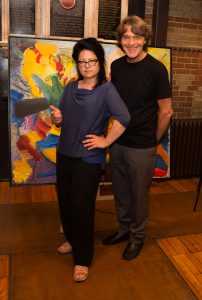 In addition to the regular church services, there were solos by the gifted Jean-Pierre Zanella. Professor Cornett read some passages from the Scripture. Susie Arioli read the homily, and it was quite an eye-opening one. She discussed her struggles with faith, and her mixed feelings about what she called the patriarchal aspects of religion. She also talked about her triumphs and disappointments, and her experiences in the jazz world. “When I ventured into the jazz world in Montréal in the 80s, I was not welcome…As a singer in the jazz patriarchy, I tried to find a place at the table, despite not playing the sexy lady card. It could get a bit tricky.”  She spoke of needing to have male allies, because most of the musicians in jazz are men. “I need to work with people I like, and who like me.” She said that jazz’s connections to spirituality are found in the artists’ mutual love for music when they are working towards a common goal.

She talked about musicians she admires for their naturalness, including  Simone, Gerry Mulligan, Ray Charles, Julie London, The Staples Singers, and Stevie Wonder. She finished with a poem she wrote when she was irritated by the music business, and one of the lines was, “Jazz is a crazy old lady, some truth, and some lies.” Susie Arioli spoke from the heart, and her provocative homily got the full attention of the congregation.

Jean-Pierre Zanella performed a beautiful collaboration with the choir, which is led by Director of Music, Federico Andreoni. The Jazz Mass was an uplifting experience, and a lovely respite from the wonderful, but rapid pace of the Festival.

Jazzed: The Art of J.C. Heywood 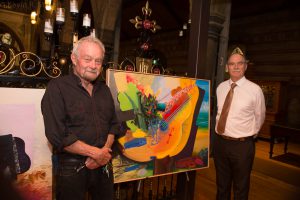 At the church, there was an art exhibition titled Jazzed: The Art of J.C. Heywood, curated by Professor Cornett. J.C. Heywood is a painter, master printmaker, fiber artist, and teacher. The spectacular artwork by Heywood added a wonderful extra dimension to the Jazz Mass, and the exhibition was on display throughout Le Festival International de Jazz de Montréal, from June 26 to July 8.  The artist discussed his process, which is based on collage, and said that in his studio, he has drawers and drawers of visually interesting things. When he starts a new work, he picks items from these drawers, and sees what clicks together. He stated that he knows a piece is finished, when that piece tells him it is completed. Sometimes, one of his pieces of art will hang on his studio wall for a couple of months, while he adjusts different things. J.C. said, “I do the best I can to be in charge, but then the work takes over.”

Heywood is inspired by music, which he really got into when he was in Europe, and recurring themes of music show up in a lot of his work. He creates variations, much the way jazz musicians work. Professor Cornett said, “Fundamentally, music informs his visual art.” J.C. once told Cornett, “Essentially, I want to do on the canvas what the musician does with their instrument.”  Heywood finds that his artistic goals keep changing, and there are periods where his work looks quite different from earlier pieces.

Heywood’s father died young, at 41, when J.C. was only 14 years old. His father loved the violin, so the violin shows up in much of Heywood’s art.  His father’s early demise impelled him not to waste any time. It inspired Heywood to create as much as he could and to travel, because he once thought he might also die young. 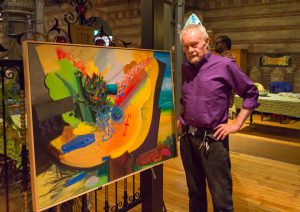 Heywood frequently dreams about art. Sometimes, before he goes to sleep, he will be thinking about a piece, and it will infiltrate his dreams. “When you’re in the middle of a piece, it’s like being in the middle of a life experience. So, it comes back in many, many forms.”  When he was in Paris, he was impressed by the work of Eugène De La Croix, as well as all the diversity of the art that was on display in the City of Lights. He is very well traveled, and he said that there are three places he’d return to: Uzbekistan, Kashmir, and the Karakoram Highway that goes from Pakistan to China. He also likes Isfahan, Iran, which he called one of the most beautiful cities in the world. He says that he has never felt any danger during his travels. Professor Cornett said that when you visit Heywood’s studio, you see ample evidence of his world travels. Cornett added that his travels contribute to what he calls the artist’s “visual hybridity,” where J.C. takes all these disparate elements that shouldn’t fit together, yet somehow, he creates coherence and beauty out of chaos.

Heywood has had art exhibits all over the world, as well as being guest speaker at several conferences and workshops throughout the years. The National Archives of Quebec has a substantial collection of Heywood’s work. He taught fine art for decades at Queens University in Kingston, Ontario, which Professor Cornett describes as one of the top universities in Canada. Since he retired from teaching, his main focus is painting. He is the subject of the book, J.C. Heywood: A Life in Layers by Geraldine Davis and Linda Belshaw Beatty.

Despite having a very impressive and extensive career, Heywood is refreshingly down to earth, with a warm sense of humor. His vocation is a wonderful example of years of creativity in a life fully experienced. For more information on this fascinating artist, go to www.jcheywood.com.

For more information about Professor Norman Cornett, go to www.cdedec.com.

«Next Post Mads Tolling and Jacob Fischer at Mindekirken, October 15
Chris Bates Red 5 at Studio Z: Never Too Much of This Good Thing Previous Post»