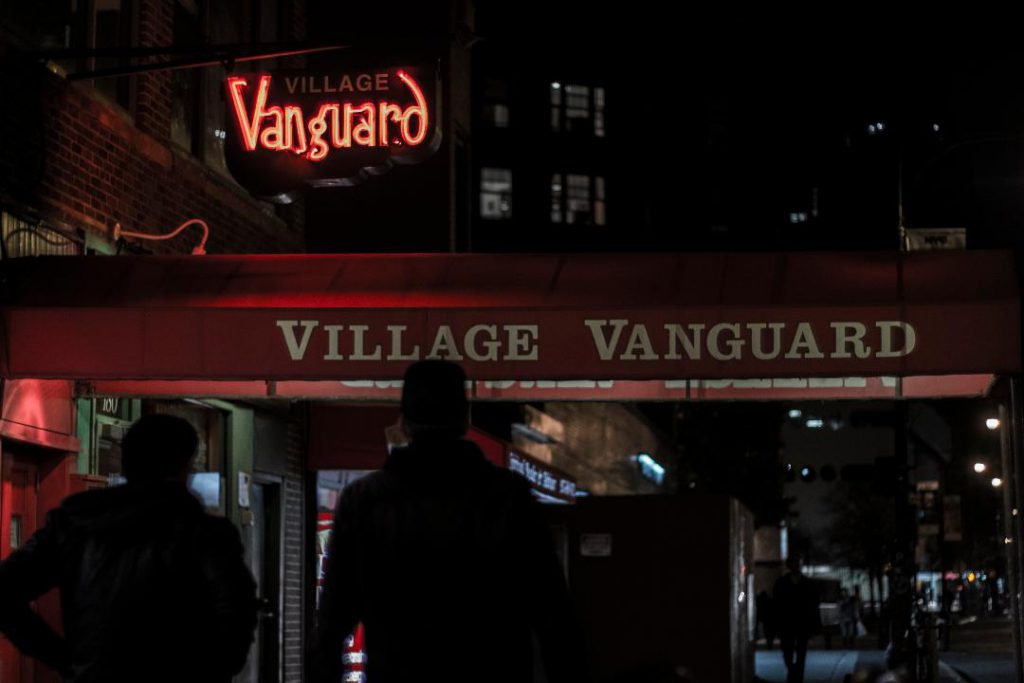 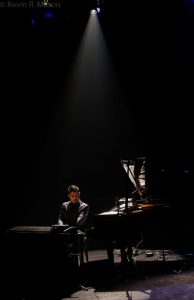 On Saturday, June 20, and Sunday, June 21, 2020, the Village Vanguard presented the Vijay Iyer Trio online. Before the Saturday concert started, Vijay addressed the current state of live performances during this pandemic on a taped message, saying, “It’s like we’re remembering what a body can do, what it is that we can do together, and it’s a good feeling. This is the first time I’m playing with another person in months. When this possibility came my way, it felt like we could be turning a corner…that this might be a moment to mark some kind of return to, not normal, but something like a more expanded way of living than what we’ve experienced the last few months. The fact that we’re all in the room, like the same air molecules are vibrating, we’re really in it together. That feeling is something I’ve missed. We’ve all missed it.” 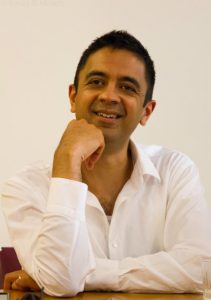 Then Vijay, wearing a mask, started the evening off by welcoming the online audience, and he acknowledged that the concert was on the weekend of Juneteenth, a holiday that celebrates the total end of slavery in the United States, on June 19, 1865. This was more than two years and six months after Lincoln issued the Emancipation Proclamation. Iyer also gave a tribute to the great history and legacy of the legendary Village Vanguard.

For the live concert, Vijay was given outstanding support by bassist Nick Dunston and drummer Jeremy Dutton, who were also both masked for safety. Iyer said, “We’re going to move through our archives, some old, some new.” The group started with some excellent music that went from balladry to a driving beat with a “Salt Peanuts” riff, and a cohesively stellar contemporary jazz conversation between all three musicians. Then they segued seamlessly into an introspective number. 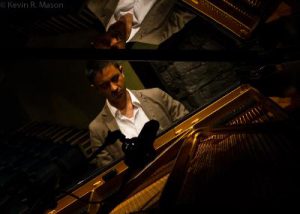 Iyer said very little during the concert, but the music spoke quite clearly. The superb set included fine renditions of “For Amiri Baraka” and “Night and Day.” Near the end, he spoke about Black Lives Matter, and he said, “Keep living and stay safe.” Vijay donated his fee for the concert to @mvmnt4blklives on Instagram, Movement For Black Lives. The Movement For Black Lives is a national network of over 150 leaders and organizations creating a broad political home for people to learn, organize, and take action. For more information, go to www.m4bl.org.

On Sunday, June 21, there was another performance. So, for the future shows in this series, you have the option of the Saturday at 7:00 pm event or the Sunday at 2:00 pm event.

The inaugural event in this series was on Saturday, June 13, with the Billy Hart Quartet, and it will continue as follows:

Since it will probably be a while before live, in-person concerts will resume, online streaming performances like these presented by the Village Vanguard are an excellent way for jazz lovers to continue enjoying music during the interim. The cost is only $7.00 for each event. To learn how to register for upcoming concerts, go to: www.villagevanguard.com. 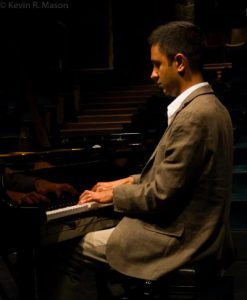 Vijay Iyer has had a very impressive career, including DownBeat Magazine’s Artist of the Year four times, in 2012, 2015, 2016, and 2018. He was a 2013 MacArthur Fellow, and a 2012 Doris Duke Performing Artist. Iyer received a Ph.D in the cognitive science of music from University of California, Berkeley, and he has a lifetime teaching position as a Franklin D. and Florence Rosenblatt Professor of the Arts at Harvard’s Department of Music.  These are just some of the accolades he has received. Iyer has released 23 recordings, and has performed with Wadada Leo Smith, Craig Taborn, and Rudresh Mahanthappa, among many others.

Jeremy Dutton, born and raised in Houston, Texas, is a recent graduate of the New School University, and a rising jazz drummer in the New York and global music scene. In addition to collaborating with Vijay Iyer, he has performed with Ambrose Akinmusire, Gerald Clayton, Taylor Eigsti, Jacky Terrasson, Camila Meza, Joel Ross, Kandace Springs, Keyon Harrold, Stefon Harris, Dayna Stephens, and many more. Dutton is also making a name for himself as a writer.

Bassist/composer Nick Dunston’s performances have spanned the globe, at various venues and festivals across the United States and Europe. He has performed and recorded with Vijay Iyer, Tyshawn Sorey, Matt Wilson, Allison Miller, Amir ElSaffar, and Jeff “Tain” Watts, just to name a few. He has studied with Linda May Han Oh, Ben Street, and Harish Raghavan. In 2019, Dunston was awarded the Van Lier Fellowship by Roulette Intermedium, and he released his debut CD, Atlantic Extraction.

About the Village Vanguard 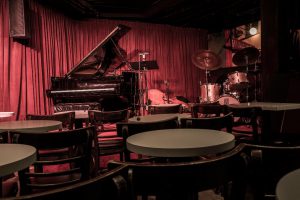 Max Gordon, a Lithuanian immigrant and impresario, opened the Village Vanguard in 1935, and he ran it for many years with the help of his wife, Lorraine Gordon. Their daughter, Deborah Gordon, is the current owner. The nightclub, which is the oldest jazz club in New York City, is located in Manhattan’s Greenwich Village. It started out as a venue for folk music and poetry, but in 1957, it became primarily a purveyor of live jazz. Even before the switch to jazz, in the 30s and 40s, people like Lester Young, Ben Webster, Eddie Heywood, Zutty Singleton, Jimmy Hamilton, Mary Lou Williams, Roy Eldridge, Art Hodes, and Sidney Bechet performed at the club. Later, such jazz luminaries as Miles Davis, Thelonious Monk, Horace Silver, Cecil Taylor, Gerry Mulligan, Anita O’Day, Charles Mingus, Sonny Rollins, The Modern Jazz Quartet, Stan Getz, Bill Evans, John Coltrane, Lee Konitz, Jimmy Cobb, Dizzy Gillespie, Maxine Sullivan, Rahsaan Roland Kirk, Max Roach, the Thad Jones/Mel Lewis Orchestra, Dexter Gordon, Allen Toussaint, Woody Shaw, and Geri Allen were hosted by the nightclub. 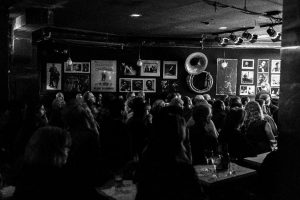 This type of online live streaming is a fine way for jazz fans to support musicians and keep the music going, all from the comfort of your home. 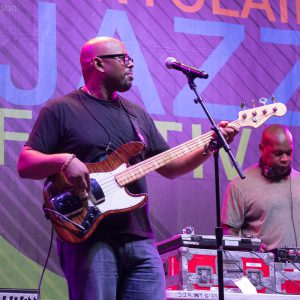