From Peru to Minnesota: Andres Prado Brings “Mississippi” to the Dunsmore Room, April 12 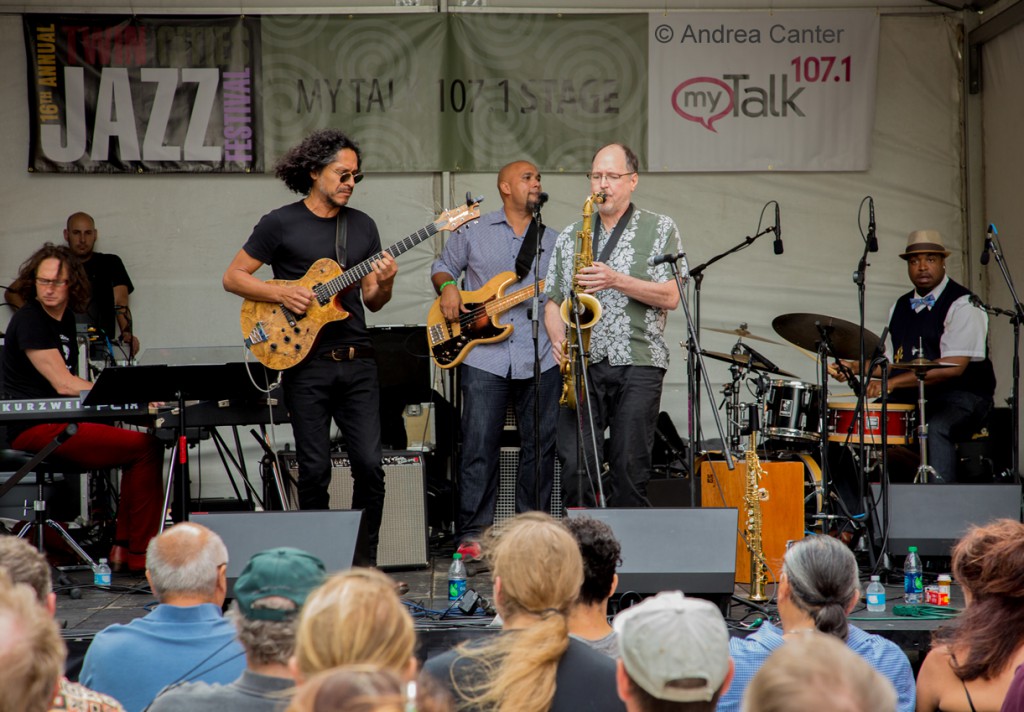 For a few years, Lima native guitarist/composer Andres Prado augmented the Twin Cities jazz and global music scene, becoming a favorite performer at the Artists Quarter, Dakota, KBEM Winter Jazz Festival and beyond, and teaching at McNally Smith College of Music. When he returned to Peru in 2008, he took much of the sounds of Peru with him. Two years ago, Prado came back for a ten-day residency in St. Paul, and now he returns again, bringing his original Minnesota quintet, now playing as “Mississippi,” to the Dunsmore Room in Crooners Lounge, April 12, 7 pm. Mississippi, which has performed in recent years as a quartet, includes Pete Whitman, Peter Schimke, Jeffrey Bailey and Kevin Washington. 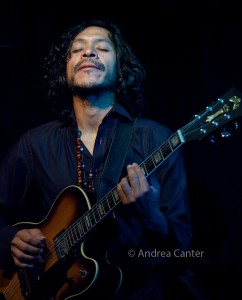 In his early 40s, Andres Prado brings to his music the influences of jazz and classical studies at conservatories in Lima (National Conservatoire of Music), Buenos Aires (Avellaneda School of Popular Music), and London (Trinity College of Music), yielding a wide-ranging repertoire rooted in the Andes and Amazon, from Creole waltzes to Afro-Peruvian grooves. During his post-graduate studies at Trinity in 2002, he garnered three prestigious awards—the Isabel Bond Gold Medal Award for best performer of the year, the Montagu Cleeve Guitar Prize for best guitarist, and the founders Prize for Excellence. Prado has taught Latin and jazz guitar at conservatories in both London and Peru over the past decade, as well as lecturing in Jazz Performance at McNally Smith in St. Paul.

As a bandleader, his trio and other ensembles have appeared at jazz and music festivals in Peru, Argentina, and England; and on radio and television. Prado has also worked with such legends as Spyro Gyra, Jimmy Hamilton, and John Butler, worked on an American film examining religious music in South America, and headed the project “Sueños Festejos” (Celebration of Dreams), a fusion of indigenous and black Peruvian shamanist music with jazz. Notes Prado, “I am grateful to my culture. It has given me a lot of inspirations for my compositions.”

Prado released three recordings on the Minnesota-based RPM Records label—Chinchano (classical Peruvian folk music),  Jazz Imagery (a collaboration with Peruvian master bassist and composer Enrique Luna), and Live at the Artists Quarter (2006). He was featured at the Lima International Jazz Festival where he was joined by Minnesota compatriots Jeff Bailey and Kevin Washington. As a guitar soloist, he represented Peru in the “International Guitar Festival of Lima” and has performed concerts arranged by the Anglo Peruvian Society, the Peruvian Embassy and the Apurimac Project in London. 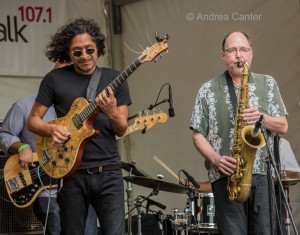 During his stay in Minnesota, Prado assembled a dynamic quintet of Twin Cities’ all-stars, including Pete Whitman (sax), Kevin Washington (drums), Jeff Bailey (bass) and Peter Schimke (piano), playing music ranging from Coltrane to Peruvian folk themes to his sweeping original compositions, all with a post bop sense of invention. Since his return to Peru, the quintet has reunited at the Artists Quarter and McNally Smith College of Music, and he joined the band as “Mississippi” at the 2014 Twin Cities Jazz Festival. 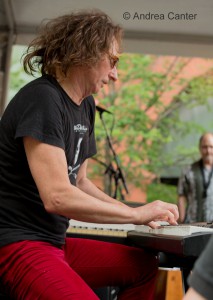 Pianist Peter Schimke is one of the area’s most highly-touted talents. In addition to his frequent appearances with his trio, Mississippi, How Birds Work, and other area bands, Peter’s resumé includes performances at Ronnie Scott’s in London and co-producing, arranging and performing with Mark Murphy and Ben Sidran. Peter has also performed with Art Farmer, Frank Morgan, Anthony Cox, Danny Gottlieb, Mark Egan, and Estaire Godinez, among others, and released Duo with legendary saxman Irv Williams. 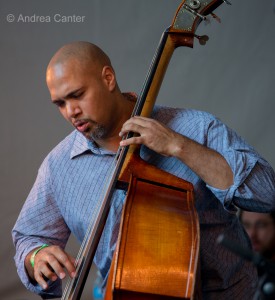 Drummer Kevin Washington grew up surrounded by music in Detroit before moving to the Twin Cities, where he was a member of Moveable Feast, Jazz Is Now Orchestra, and Nachito Herrera’s Puro Cubano, and where he currently performs with his own quintet and dad Donald’s quartet, as well as Mississippi. 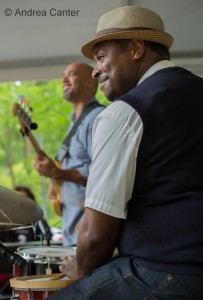 The Dunsmore Room in Crooners’ Lounge is located at 6161 NE Highway 65 (Central Av) in Fridley, just north of I-694 and about 20 minutes northeast of downtown Minneapolis. Tickets $10 ($35 for dinner with show) are available via online reservations at www.croonersloungemn.com.