Skip to content
Home>Twin Cities>Jazz Police – Looking Back, Looking Ahead 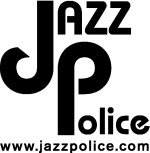 If  you’ve been poking around the Jazz Police website lately, you’ve noticed that we have undergone a technology overhaul. On about February 5, our new site went live, now operating on open-source technology from WordPress, with Steve Kenny taking over the helm as site administrator, technologist, and business manager. In other words, the site does not run without his expertise. Steve took the reins from site founder and administrator Don Berryman who started Jazz Police back in 2004 when his flexible time as a tech consultant seemed perfect for running a website devoted to the music he loved.

The original notion of “Jazz Police” was that we would “patrol” the scene to help jazz fans find good music, not just here in the Twin Cities but wherever in the U.S. one lived or, particularly, where one would travel. Initially the site posted information about travel deals, and Don set up pages for each major jazz scene — New  York, Chicago, LA, etc. He hoped to find writers, advertisers, all the manpower and funding that would allow the site to grow to support the national jazz scene as well as our scene in the Twin Cities. It didn’t happen exactly as planned.

I remember a day in April 2004 when I was checking around the internet to see what was out there re Twin Cities Jazz. Don had just launched Jazz Police that very day and was looking for writers. With my retirement from Minneapolis Schools only a couple months away, I figured, sure, I have time to write a review here and there. I don’t think either of us had a clue what mine field we were about to step through. By the time I retired in June, I was “contributing editor” — which is a code name for someone who edits contributions while also providing significant amounts of content. But we did not have very many external contributors — apparently the fact that there was no monetary compensation was a deterrant to would-be writers and reviewers in other cities. Don created an alter ego dubbed Ronaldo Oregano who became one of our most active staffers. Ronaldo in particular culled press releases to assemble articles about jazz gigs around the country. Of the three of us, Ronaldo got the most fan mail.

As Jazz Police gained some visibility, locally and nationally, Don found himself more and more often back in the working world of day jobs. We did find a few regular contributors of reviews in the LA and, more recently, Bay Area; we found a journalist and photographer couple eager to cover the major East Coast jazz festivals, and now and then, someone would offer an article. Sometimes what we were offered required far more editing time than we could, or would, give it. Don started posting a live jazz calendar for the Twin Cities and we tried to keep it current, dependent on artists and venues to provide the information. It was a great idea and over the past few years, we had great help from Don’s step-daughter Lena and then son Ben, both also taking over most of the posting tasks. It was really a family business!

Web technology has changed over twelve years, and ultimately we were faced with shutting down Jazz Police or rebuilding the site. Don opted to shut it down… he had been considering it for a while anyway given the time involved, and the looming technology shift set the timeline. And then Steve Kenny, trumpeter, manager of Illicit Productions, jazz impresario who runs two ongoing weekly jazz series at the Black Dog and Nicollet, and, oh yes, a professional computer scientist, stepped up. He rebuilt the site and managed the transition without any significant down time.

Jazz Police is still here, with a new look, a more realistic focus on the Twin Cities scene (for now); we now link to the live jazz calendar on the KBEM website. In place of separate pages for different city scenes, we have a “National Scene” page for occasional articles and reviews, including a planned monthly “coast to coast” preview.  I’ve been “promoted” to Senior Editor…. not that there is a Junior Editor. Yet. Don will help set up an archive of the old material which Steve is determined to make accessible. And Ronaldo? He seems to have retired as well.

Don Berryman didn’t just launch Jazz Police. He launched me as a jazz writer and  jazz photographer. So thanks Don, not just for what you have given to the jazz community, but for what you have given to me in infinite opportunities that have grown from that website launch 12 years ago. And thanks Steve, for my promotion, and for keeping alive what I hope will be continue as a significant resource to the local jazz scene for many more years.