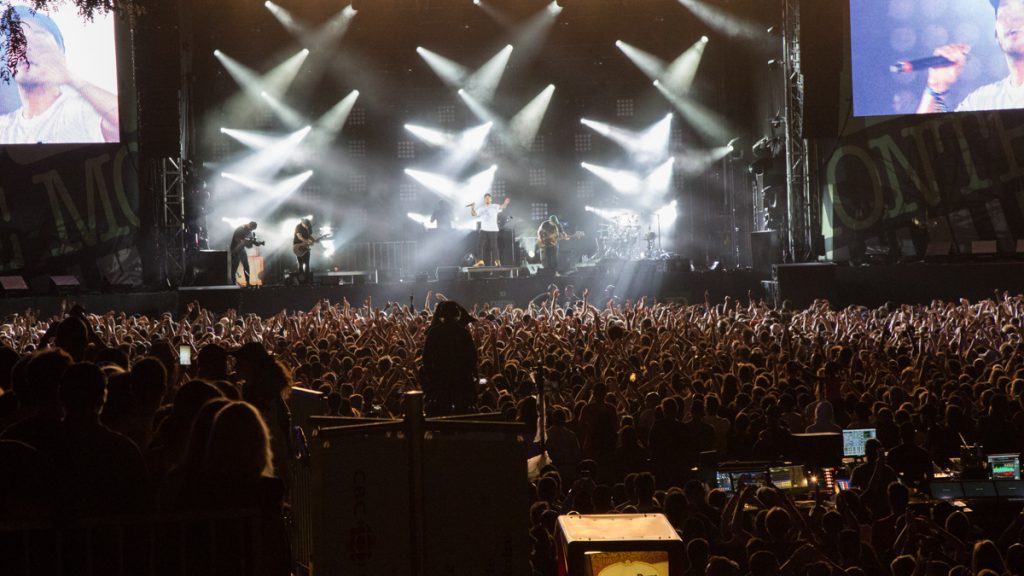 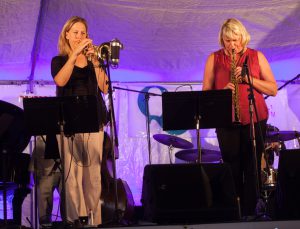 In addition to all of the indoor concerts, there are numerous FREE outdoor concerts that are held at several stages, every day of the Festival, from 12:00 noon until midnight!

This year, the Festival International de Jazz de Montréal highlights the exceptional contributions to music made by some very deserving musicians.  George Thorogood is the fifth recipient of the B.B. King Award, created in 2014 to recognize the exceptional talent of an artist who has left an indelible mark on the blues scene. Ben Harper is the 20th recipient of the Ella Fitzgerald Award, established in 1999 for the recognition of the versatility, improvisational originality, and quality of repertoire of a singer of worldwide renown. Béla Fleck and the Flecktones will be the 25th recipients of the Miles Davis Award, which was created in 1994 to honor a great jazz musician for their entire body of work, and that musician’s influence in regenerating the jazz idiom. Zakir Hussain is the 15th recipient of the Antonio Carlos Jobim Award, created for the Festival’s 25th anniversary to recognize artists distinguished in the field of world music whose influence on the evolution of jazz and cultural crossover is widely recognized. Renee Rosnes is the 30th artist to receive the Oscar Peterson Award. This prize was created in 1989 to salute a Canadian musician who has made outstanding contributions to the world of jazz. Ry Cooder is the 11th recipient of the Montreal Jazz Festival Spirit Award, which highlights a popular artist’s extraordinary contribution to the international world of music.

Family Events at the Festival 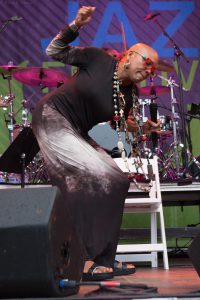 The Festival is also for kids of all ages! Every day, the Festival offers something for the entire family, all over the site.

La Petite école du jazz (Little School of Jazz) presented by Rio Tinto — For 29 years now, they’ve extended the invitation, and the kids pack the show each day! This is a dynamic, interactive musical initiation packed with smiles and fun, accompanied by the Festival’s famed mascot Ste-Cat, and featuring Les Zélèves, the vocal harmony quintet led by Victor-Jacques Ménard, backed by James Gelfand and his quartet.  At Grande-Place in Complexe Desjardins, every day from June 28 to July 7, 11 a.m. an 1:30 p.m.

Head to Parc Musical Rio Tinto for an array of interactive activities conceived around the theme of music, in a space specially adapted for families! The games employ technology in playful musical installations that are fun, whimsical, and fantastic.

Club Famille Rio Tinto hosts entertainment and activities for children every day from 1 p.m. to 10 p.m., with Educazoo, workshops for creating and handling marionettes, key chains, and badges, introduction to the circus arts, a quiz-show Quel cinéma!  and workshops by Musée d’art contemporain to keep the kids engrossed and entertained.

Last year, there was even greater attention to Montréal than ever. Jacques-André Dupont, Festival CEO, said, “It’s like the United Nations of music, here in Montréal.” Because of the increased focus on the city in 2017, due to the many celebrations of the 375th anniversary of Montréal and the great diversity of the attendees, the Festival introduced the new initiative, “Hirondelles” (Swallow birds, in English), with special on-site teams trained offer protection to anyone feeling vulnerable. The program is discussed by Dupont, as follows:

“The safety of all festival goers is very important to us and we work tirelessly to provide the public with places of gathering, peace and respect. We are always trying to be the best in our industry and, of course, the safety of all…is a priority.”

Bird logos, especially designed for the program, appear on the armlets of the officers, and on signs indicating areas of safety and tranquility. This, along with other initiatives, are aimed at maintaining and enhancing the Festival’s stellar, worldwide reputation. 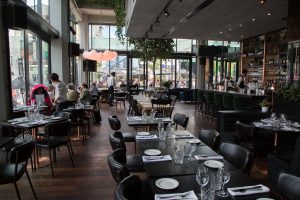 Maison du Festival is the official home for the Festival, housing the new terrace brasserie, Blumenthal Montréal, which boasts delicious food and specialty beverages, excellently served in a space with gorgeous, modern, and sophisticated décor. Blumenthal Montréal is the perfect place to get a wonderful meal before or after a show, and importantly, the restaurant is a non-profit business, with the proceeds going to promote the free concerts at the Festival. Maison du Festival also contains Médiathèque Jazz/La Presse +, one of the largest jazz resource centers in the world, with extensive audio and video archives, photographs, publications, and free admission; the popular nightclub, L’Astral; the Festival gift shop; the Press Room; Galerie Lounge TD, an art gallery that has hosted displays by several notable artists and photographers, including Herman Leonard, Tony Bennett, and Leonard Cohen, and holds the Festival’s permanent art collection; and Bell Exhibition of the Legends of the Festival, which presents the history of the Festival via exclusive artifacts from the personal collections of the great musicians. The side of Maison u Festival, directly above Blumenthal Montréal, displays a spectacular nightly photography projection of iconic jazz artists. 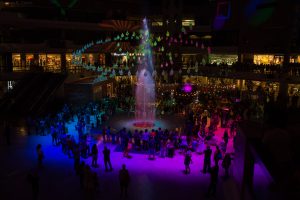 In a press release, the Festival gave the following thanks to the sponsors:

“We would like to offer our warmest thanks to our principal sponsor and official presenter TD, as well as Rio Tinto, co-presenter of the Festival, for their continued support. Thanks also to Bell, Casino de Montréal, the Société des Alcools du Québec, Heineken, Hyundai, Les Producteurs de lait du Québec, Hendrick’s Gin, Le Porc du Québec and all our suppliers and collaborators. We thank the Government of Canada – the Department of Canadian Heritage, Canada Economic Development, Musication, the Government of Québec – the Ministère du Tourisme, Secrétariat à la région métropolitaine, SODEC, as well as the Ville de Montréal, Tourisme Montréal and Consulate General of Israel in Montréal. Thanks also to all of our media partners and the entire Festival team.”

There is so much music in the city, it can’t all be contained by the Festival. One of the most notable events is the annual Jazz Mass, hosted by eminent historian and religion educator, Professor Norman Cornett. The Jazz Mass will be held on Sunday, July 1, at 10:30 at the Church of St. John the Evangelist, affectionately known as “the Red Roof Church,” which is located at 137 Avenue du Président-Kennedy, right adjacent to the Festival site, Place-des-Arts. The program is free and open to the public, and will feature music by trumpeter Ron Di Lauro, winner of the esteemed Oscar Peterson Award. Multiple award-winning singer Ranee Lee will deliver the homily. Professor Cornett is also curating an exhibition at the church by artist Sonia Roseval, titled, “The Enigma of Jazz.”

For more information about Professor Cornett’s activities, go to www.cdedec.com.

«Next Post A Sophisticated Reunion – On Stage at Kingsborough
Stars of BeBop Heading to the Dunsmore Room! Previous Post»