Duets: Sam Miltich and Tim Kliphuis Celebrate Collaboration and Recording at the Dakota, May 2 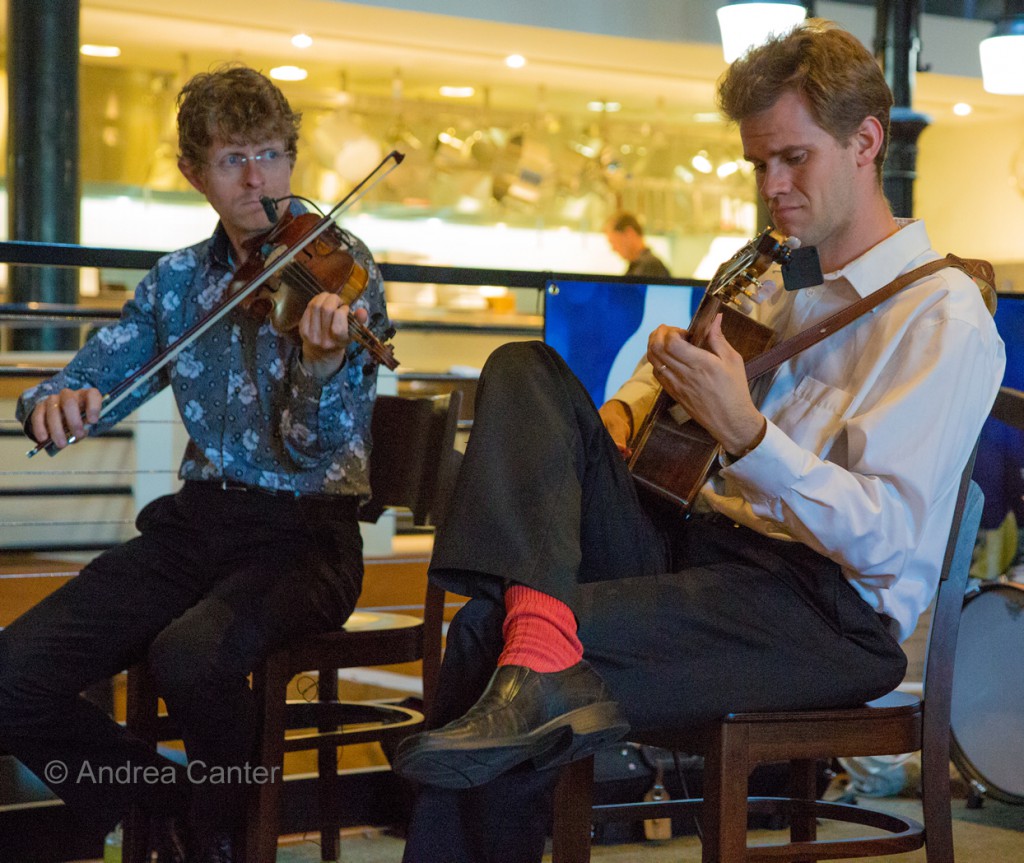 During one evening of the 2015 Twin Cities Jazz Festival, anyone wandering into Heartland Restaurant was no doubt surprised and delighted by the local premiere of the gypsy jazz duo of Grand Rapids-based guitarist Sam Miltich and Dutch violinist Tim Kliphuis. The partnership worked so well that the two string masters recorded their music, now released as Duets. On tour celebrating the recording, Sam and Tim arrive at the Dakota on Monday, May 2, 7 pm. 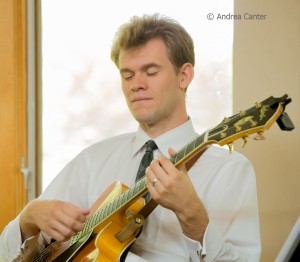 Music, like the surrounding forests of Northern Minnesota, was just a normal part of family life for young Sam Miltich. Dad Matthew Miltich taught English at the area community college and played electric bass. At age 7, Sam discovered an Erroll Garner recording in the family collection and commandeered it, declaring Garner to be a “genius.” Soon he was learning to play piano, but a fire that destroyed the family home forced him to find another outlet. At age thirteen he picked up the guitar and taught himself to play bluegrass and folk. His life-defining moment came at fifteen, watching the Woody Allen film Sweet and Lowdown about the life and music of Django Reinhardt. The music for him was magic, “the fire and passion, the East European country sound….Everything I loved rolled into one,” he noted in an interview on National Public Radio. How can you learn more about the gypsy jazz style of Django living 20 miles from the nearest town in rural Minnesota? Sam ordered instructional videos by Paul Meiling and began intense study on his own, practicing eight hours per day. Seeking a playing partner, he convinced his father to switch to upright bass. And seeking more in-depth instruction, he convinced his father to drive cross country for a lesson with Meiling, who invited the teenager to sit in with the famed Hot Club of San Francisco.  He began touring with the Robin Nolan Trio when he was 18; toured for two years with the Hot Club of San Francisco, and founded the Clearwater Hot Club in 2003. In 2010, he launched the Big Dipper Jazz Band, a six-piece traditional ensemble.

Sam cites influences beyond Django, including such diverse figures as Duke Ellington, Jimi Hendrix, Andres Segovia, Antonio Carlos Jobim, Maurice Ravel, Stevie Wonder, Stochelo Rosenberg, and Bireli Lagrene. His interests extend to Brazilian choro, French musette, Eastern European tamburitza, and other forms of traditional folk music, a bit of blue grass, but mastering gypsy jazz is his mission. “It’s so hard…I have to practice and listen all the time… but it is my favorite music so it doesn’t bother me that I am doing that.” And his hard work has brought him to the attention of like-minded musicians from coast to coast as well as overseas. In addition to touring with the Hot Club of San Francisco, Sam has played in Holland, Germany and Japan; toured with David Grisman and the Stephane Wremble Trio; played at the Lincoln Center in New York City in a concert honoring Django with international musicians; and has shared the stage and bill with the Ferre’ Brothers, Angelo DeBarre, Dorado Schmitt, Fapy Lafertin, Ludovic Beier, Samson Schmitt, and Ken Peplowski.

Sam currently hosts the weekly Jazz at the VFW in Grand Rapids, MN, on Wednesdays with a rotating cast of musicians, and plays regularly with the Clearwater Hot Club. In addition to promoting his bands, Sam is always seeking out new musical connections. His recent musical collaborators have included mandolin virtuoso Peter Ostroushko, legendary Twin Cities saxophonist Dave Karr, jazz and classical guitarist Joan Griffith, and Dutch jazz violinist Tim Kliphuis. He’s also recorded with the Hot Club of San Francisco, Connie Evingson, Patrick Harrison, and Dave Karr in addition to four releases with the Clearwater Hot Club. With Tim Kliphuis, he is currently touring to celebrate the release of their Duets. 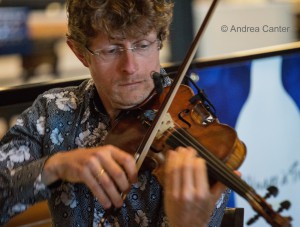 Dutch violinist Tim Kliphuis is widely regarded as Stéphane Grappelli’s heir. Born in Utrecht, The Netherlands, he was classically trained at the Amsterdam Conservatory, studying gypsy jazz. He first became known during his student years in Amsterdam when he joined Belgian gypsy guitar legend, Fapy Lafertin. Kliphuis toured Europe with Lafertin’s Quintet and was featured on three CDs before deciding on a solo career in 2004.

Tim has shared the stage with legends Frankie Gavin, Richard Galliano and Les Paul and has been lauded for his musical genius by Nigel Kennedy. He was awarded the Scottish Jazz Award (International), has collaborated with the Richard Strauss Festival and Netherlands Chamber Orchestra, and is the curator of the Fifty Fiddles Festival, held in Rotterdam’s De Doelen concert hall. An in-demand educator, Kliphuis is the author of best-selling Mel Bay books ‘Stéphane Grappelli Gypsy Jazz Violin’ and ‘Grappelli Licks’, the ‘Hot Jazz Violin’ DVDs and Jazz Etudes on video. His workshops and master classes have been featured at festivals, conservatoires and summer courses in the USA, Canada, UK, South Africa, Japan and Europe. Tim teaches improvisation at the Amsterdam and Tilburg conservatoires and hosts the annual sell-out Grappelli-Django Camp back home in Holland every August. Tim currently tours with his trio with Nigel Clark on guitar and Roy Percy on bass, performing an exciting blend of gypsy jazz, classical and folk music.

In addition to their date at the Dakota, Sam Miltich and Tim Kliphuis will appear on:

«Next Post How Birds Work and The Growlers, Saturday Night Jazz at the Black Dog, April 30
South African Mozart: Abdullah Ibrahim and Ekaya at the Dakota, May 4 Previous Post»