“The whole record is meant to be a meditation on Minnesota. This is the music I make because I live here — it would be much different if I lived in New York… I am in a position where, whether the people like what I am playing or not, they know that this is the music I wanted to make.”– Bryan Nichols, Star Tribune (5/22/16) 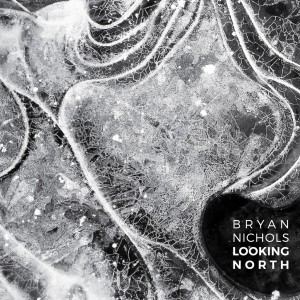 Back in fall 2011, pianist Bryan Nichols performed a rare solo concert in MacPhail’s Antonello Hall, and at the time, he had only recorded his own works in the larger ensemble context of his debut, Bright Places. And despite his years of success with his own ensembles (trio, quintet, nonet We Are Many), duos with the likes of James Buckley and Tim Sparks, and as featured sideman (Kelly Rossum Quartet, Gang Font, Zacc Harris Quartet), the alum of Betty Carter’s famed Jazz Ahead continues to garner inspiration close to home. Perhaps then it was no surprise that his much-anticipated solo album found Bryan Looking North with a stellar and elegant set of mostly original meditations on his life in the Midwest. Following his CD release last spring at the Dakota, Bryan now comes to the Jazz at Studio Z series on Saturday, January 21 (7 pm) to reprise the music of Looking North as well as some new material. The concert will follow a free “master class” interview with curator Zacc Harris at 6 pm, recorded as part of the Jazz at Studio Z podcast series.

Over his career, Bryan has appeared at international festivals including Sons d’Hiver (Paris, France) and Kerava Jazz Festival (Kerava, Finland) as well as at local and regional festivals such as the Chicago Jazz Festival, Minnesota Sur Seine Festival and Twin Cities Jazz Festival. In 2009, he received a grant from the American Composers Forum, and in 2010, a fellowship from the McKnight Foundation. Bryan has been a frequent weekend performer in duos at the Icehouse, often with bassist James Buckley, appears with Chris and JT Bates as Nichols/Bates/Bates, and leads his trio, quartet, quintet, and nonet (We Are Many). Now with his quintet (Bright Places) and solo (Looking North) recordings behind him, he hopes to record with his trio in the near future. He has also taught at the MacPhail Center for Music, University of Minnesota Morris, and University of Wisconsin-Eau Claire.

As one hears on the earlier Bright Places as well as in Bryan’s work in small ensembles, his style can be heard as an amalgam of Bill Carrothers, Marilyn Crispell, Fred Hersch, Brad Mehldau, Keith Jarrett, even at times Craig Taborn — and yet not really anyone but Bryan Nichols. Full of ideas to “make something beautiful and new,” Nichols edits well, never working a theme or strategy to death as is too often the case of many young modern artists; most of the tracks on Looking North fall between three and five minutes. Long enough to sustain a trajectory, not so long as to bog down in self-conscious reflection. (See the full review at http://bitnami-wordpress-7b91-ip.centralus.cloudapp.azure.com/archives/1495)

Tickets for Bryan Nichols’ Jazz at Studio Z concert are $15 at the door or $10 in advance; attendees at the free 6 pm master class pay $10 for the concert; http://www.studiozstpaul.com/jasz-012117.html.   Studio Z is located at 275 E 4th Street in the Northwestern Building (suite 200), in the St Paul Lowertown Arts District across from Union Depot. See full information about the Jazz at Studio Z concert series at www.jazzatstudioz.org