Normally I keep this to a two-blurb minimum. But this week it’s a trifecta. I’m out of the studio for much of the month and there’s simply too much good music- two nice problems to have. 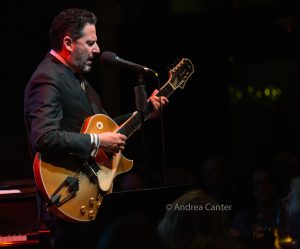 Full disclosure: Until this year, the 50th anniversary of the historic mind-melding of Frank Sinatra and Antonio Carlos-Jobim, I was mildly in the dark about how impactful those sessions were.

Before you castigate me, I should mention that I am the victim of crooner abuse. My mother, an erstwhile bobbysoxer, would often drown her sorrows in Sinatra platters.  At full volume in my impressionable years. Not the good ones. I’m talking about “Watertown” and the now-lamented country forays. I spent much of my life avoiding him, if that’s possible.

It isn’t. Nor should it be. When the vinyl reissue of Sinatra/Jobim came in, I couldn’t put it down.

As a singer, John Pizzarelli is never going to make the world forget about Sinatra. Certainly not Frank. And the jury is still out on Frank Jr. and Nancy. Pizzarelli’s strength as a vocalist has always been as a kind of flatterer. He has a reverence for all the songbooks and he seems at ease with his limitations. As a guitarist, he is as swinging and flexible as they come. It makes me wonder why he keeps his fretwork in check so often. There are plenty of great breaks on the disc, but never enough for this enthusiast.

Daniel Jobim is the grandson of Antonio Carlos and his presence here is a coup and a logical inclusion. If Pizzarelli is no Francis Albert, Daniel is a country mile from his grandfather. But any disclaimers are futile. The accomplished mission is a loving tribute.

I’m thinking of buying it for Mom. 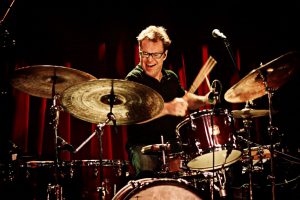 This is also a posthumous tribute record. The subject is no less than Alan Toussaint, arguably the greatest songwriter of his generation. And surely among the more noteworthy performers to come out of the Crescent City, which is hardly lacking in that area. Toussaint died in 2015, and it seems odd and unfitting that jazz has been a little slow to produce worthy homages. Until now.

Stanton Moore might be the best kept secret in funk jazz. He’s a gifted drummer, on par with Mike Clark, Bernard Purdie, and Steve Jordan. He doesn’t record as a leader often, so that may account for the deficit in recognition.  But his peers know better, and they’ve certainly stepped up: Cyril Neville, Nicholas Payton, Trombone Shorty, and Donald Harrison are the New Orleans crew. You won’t see that kind of flotilla anywhere outside of the Big Easy. And Maceo Parker, of James Brown and his own fame, sits in.

Listen to this and, to quote the auteur: “Everything (you) do ‘gone be funky from now on!”

If Dakota boss Lowell Pickett holds any sway with the present or future Mayor of Minneapolis, he should nominate Los Angeles-based Paris Chansons for keys to the city, or whatever honor they bestow these days on prominent visitors. In just two trips, this Franco-Russian force of nature has sold out every performance at the Minneapolis club. An enormous feat, considering that promotion has been mainly word of mouth or of the grass roots variety.

Each show is festive and transporting. The vocal stars are Julia Kantor and crowd-charmer Maxim Cohen. But guitarist and singer Jacob Kantor is backed by a full complement of world class musicians like violin virtuoso Endre Balogh.  In tandem, they pull off an all-too-rare feat in jazz clubs: they get people dancing. And not by shaming them!

If you missed those shows, you’re not out of luck: They left us with a brand-new recording.  Le E.P. is so much more than a calling card of their many talents. They mine the rich vein of French chansons from greats like Charles Aznavour and Sege Gainsbourg.  Owing to Julia’s Ukrainian roots, they also tap into the heady mixture of Slavic dance and folk music. Hot club swing is in plentiful supply as well.

The group is touting a couple of originals as well from Jacob and Zera Vaughan, who is something of a writer/muse to the group. This is a better outreach between the Twin cities and Los Angeles than any in recent memory.

They’ll be back before you know it.